National Relays and the Dalesman 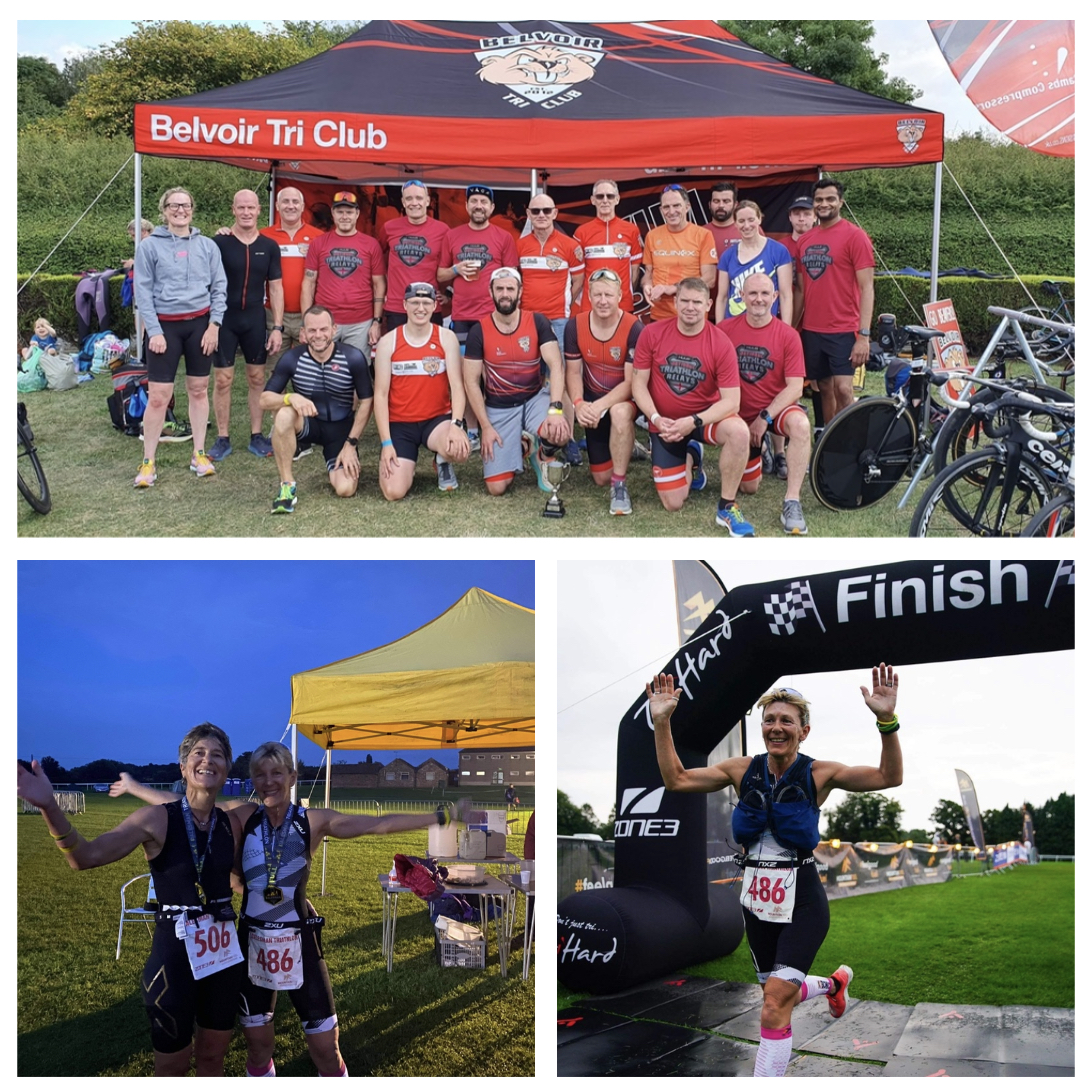 This weekend once again saw the National Triathlon Relay Championships take over the National Watersports Centre in Nottingham. This event, known and loved for its social ‘organised chaos’ style of racing, is one of the highlights of the triathlon season. Teams of four athletes swim, bike and run, tagging each other in a relay style. The event is fun, short and fast paced, with each team of four people swimming 500m, then cycling 15k and finishing off with 5k run.

After a one year Covid enforced hiatus, Belvoir Tri Club was once again very well represented at the event, entering 5 teams put together by club coaches to be as evenly matched as possible to really kick the competition up a notch.

The event is well known for being the perfect starter triathlon for newer club members, due to the fun and exciting atmosphere and team support. Manish Hiran, one of BTC’s newer members, said “this was my first ever sprint triathlon, and the Club made me feel so welcome. Anyone who is thinking of doing a triathlon, this club is the best choice to help you achieve your goal.” Russell Maksymiw also had his first experience of triathlon at the event this year, stating “I thoroughly enjoyed it and will be taking part again next year. It’s a great experience for anyone looking to try triathlon, as you get a break in between each discipline where you can cheer on your team mates.”

Further north, two club members have recently been competing in the notorious Dalesman Triathlon, based at Ripon Racecourse. The full distance triathlon comprises of a 2.4 mile swim, 112 mile bike and a 26.2 mile run. The impressive route takes in a collection of Yorkshire towns and villages including Ripon and Masham, as well as providing spectacular views across the moors from Devils Elbow and Brimham Rocks. Riders take on sections of the routes used in the Tour de France 2014 Grand Départ, Yorkshire 2019 UCI Road World Championships and the Tour de Yorkshire. Representing Belvoir Tri Club were the ever impressive Wendy Carrington and Marijke de Groot, who have trained for much of the event together. Wendy finished the course in a speedy 13:42:04, making her 2nd in her age group. Marijke came home in 14:45:45, making her 4th in her age group. Of the event, Wendy said the swim was “warmer than anticipated, but weedy” and the bike course had “plenty of climbing, head winds and challenging cycling, with some rain thrown in for good measure.” An incredible achievement!