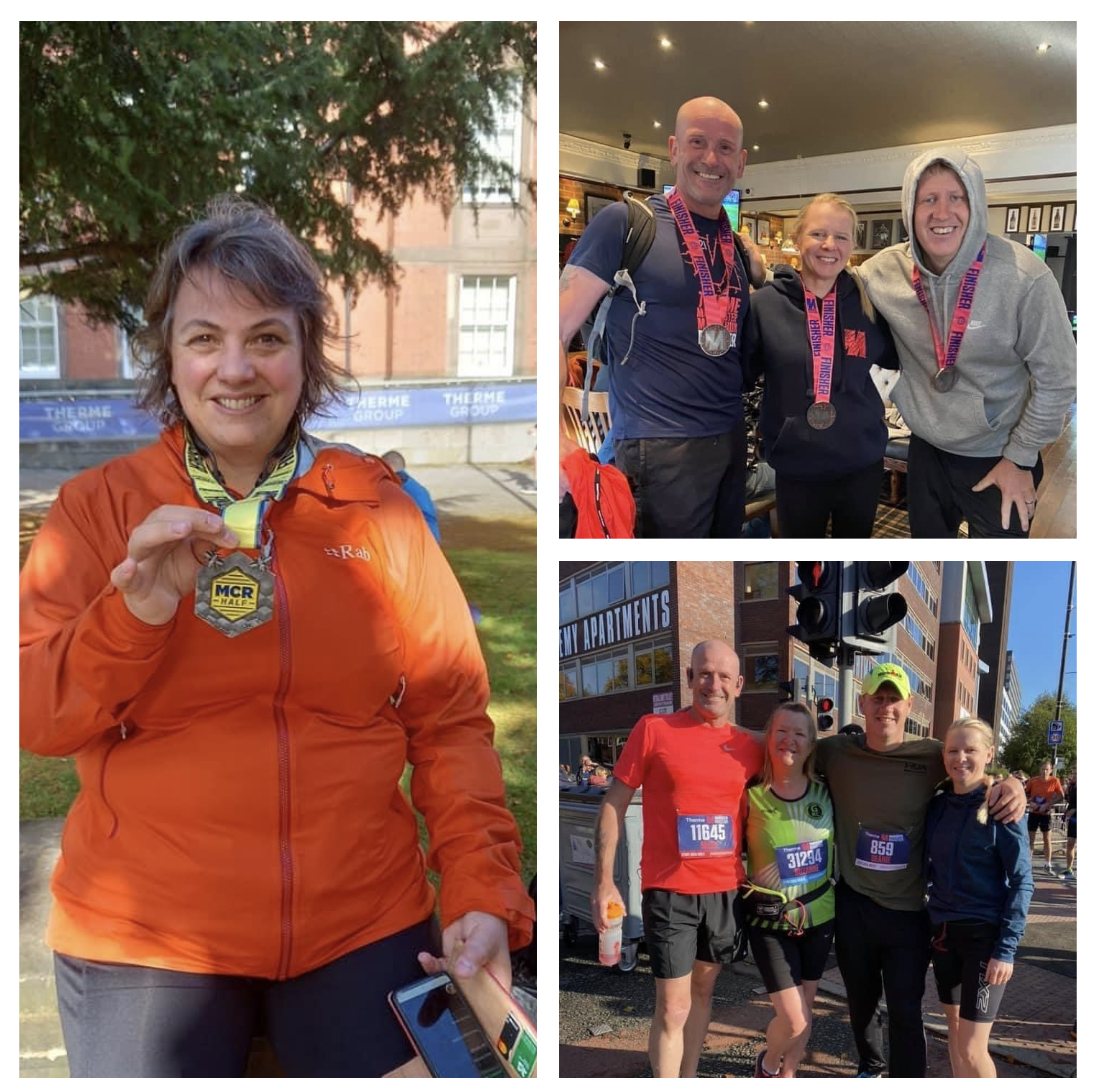 Last weekend 4 members of Belvoir Tri Club ventured north to take part in the Manchester Marathon and Half Marathon. The Therme Manchester Marathon is one of the UK’s premier running events, and the 2nd biggest marathon in the country. The marathon is famous for its fast, flat and friendly route. The 26.2 mile route loops round Manchester’s city centre, taking in iconic sights including Old Trafford. First to cross the finish line, after running the majority of the event with his sister Kelly, was Dean Scoffins in 03:44:38. This speedy time is even more impressive considering Dean admittedly completed a less than ideal amount of training for the event. Ever the dedicated athlete, Dean said “do you want to run a marathon but haven’t got time for a 28 week training plan? Then worry not, a 4 week training block (including a 1 week taper) is guaranteed to get you to 18 miles, no problem! You may feel some tiredness from mile 22, and suffer from an inability to walk after the finish line, but after 8 pints of coke and 4 pints of shandy the colour will come flooding back to your cheeks.” Mark Angeloni was second home, coming well under his sub-4 hour target in 03:53:54. He was followed by his wife Suzanne, who overcame injury to finish in 05:13:46, beating her target time also.

Jo Grace was also racing in Manchester, at the Half Marathon event. The Manchester Half is a 13.1 mile challenge that takes place every October, starting and finishing by Old Trafford, and is easily the biggest in the region with over 15,000 runners. Jo has been putting in countless hours of training and finished the course in an impressive 02:23:24. This means that Jo beat her personal best over the distance by a ginormous 21 minutes.

More locally, Steve Rogers was completing his last triathlon of the season at the Erewash Sprint Triathlon in Long Eaton. The triathlon started with a 400m swim in the West Park Leisure Centre pool, followed by a 16km bike ride, before competitors completed the event with a 5km run on the fast, flat paths within West Park. Steve finished in 01:12:13 making him 4th in his age group and 38th overall. Mary Mason also completed her first aquathon at Spring Lakes in Long Eaton, comprising of a 750m swim and a 5km trail run. Mary was pleased with her performance especially considering it was her first event of this kind, commenting that “it was fabulous and a brilliant competition for a novice.”