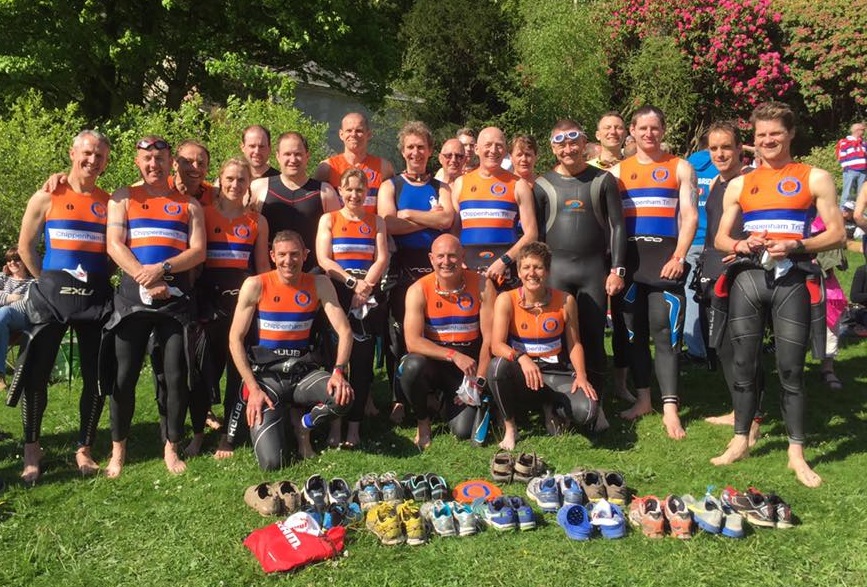 2016 has been another great year for the orange and blues, building on the ground breaking first full season in 2015. In fact, the club has doubled in size, and performances at all levels have been inspirational.

At the annual awards, held at the Langley Tap on 7th October, over 30 members celebrated the club’s achievements. As presented during the awards evening, the following ‘numbers’ help to frame 2016 for Chippenham Tri.

The club reached 71 members as of 1st October, doubling the membership since last year. The membership encompasses all abilities from GB age group level to novices, and is interestingly 48% female.

The growth and strength of the club is of course reliant on the dedication and commitment of our committee and coaching team. Particular thanks to the coaching team (referenced below), David Moxham (Treasurer), Sarah Ellis (Social Secretary and assisted with publicity), Rob Field (Club championship), David Walker (website), Linda Donaldson (Publicity part-year), Belinda Stephenson (Kit Secretary part-year) and Claire Frances.

While the highlight has been the racing, the training and social aspects of the club have been equally important in establishing a team atmosphere, and developing the many members coming from a single discipline background (mostly running).

This year we grew our coaching provision to 4 qualified coaches, crucial to the club’s development. Peter Blake successfully completed his BTF Level 1 award, and Neil Perry and Jason Cuthbert their level 2. We hope to add to this coaching team next year to support growth.

The club weekly swim session continues to be well attended and receive excellent feedback. Since our significant move to the Chippenham Olympiad pool we are now over-subscribed with 8 swimmers per lane and a waiting list. We therefore hope to offer a second swim session in the last quarter of this year.

Other training provided by our coaches has focussed on transition and brick sessions at Castle Combe, an area we will look to develop next year.

Finally on the training side, it’s great to see members continuing to engage in both Harriers and Wheelers sessions, which upholds the vision of the club.

As referenced earlier, the racing has been the real highlight this year, with the distinctive orange and blue kit (and new £140 banner!), so visible in local events, and indeed overseas.

57 of our members did at least one race, which illustrates an active membership. Chippenham Triathlon members figured in over 200 races, with an estimated ‘donation’ to race organisers of £15,000! With this prominence in local races, we are already able to negotiate discounts. As we develop the longer term plan for the club, sponsorship and grants will become a key area for us to consider.

With so many personal achievements at all levels from Calne to Cozumel, it is difficult to mention everyone without making this report unwieldy! So a few highlights are provided below

The report would not be complete without mentioning the ultimate future of triathlon in Chippenham – the Tristars! We now have a squad of over 15 keen tristars, training on a regular basis, and again some great performances at the local races. Indeed our tristars achieved 14 podium positions throughout the year, and Harry Maxwell was selected for the South West Regional Training Camp.

So what does 2017 have in store? In summary more of the same: enjoyment, fun, friendship, achievement and growth!
On a more serious note, as mentioned in this report, we will look to continue the growth and maturity of the club through coach development, further training sessions, a more structured publicity plan, and building a funding strategy to take the club to the next level. Alongside the main club, the tristars section has real potential to be a leading club in the South West.

The future looks bright, the future’s orange, and blue!