My epic three day sufferfest on the North Coast 500

Last Wednesday (18 August), I set off on another cycling challenge, this time to complete The North Coast 500.

As I’m sure many of you are familiar this is a 516-mile scenic route around the north coast of Scotland which starts and ends at Inverness Castle.

For those who know me, know I love a good endurance challenge, and so to add to the scale of this challenge, my plan was to complete the whole epic journey in just three days.

This was also riding the route solo without any support accompanying me, which is pretty daunting given the distance and vast remoteness of large parts of the route! 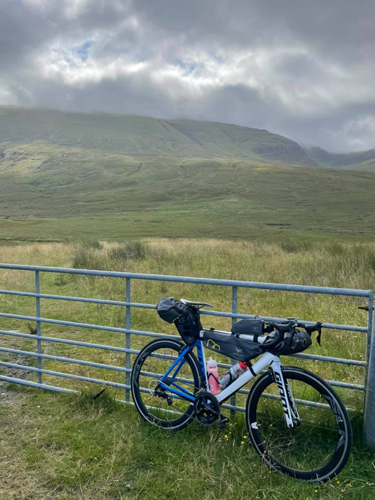 150 miles of incredible scenery and awesome landscape! This was a tough day with lots of climbing which really slowed things down. The Bealach Na Ba was tough, fulfilling its reputation. I was thankful for a cafe stop just at the bottom ahead of the climbing. Following this, there was still a lot of relentless climbs following for approximately 30 miles. The weather turned pretty rough for the last 30 miles to end my first day very wet and tired.

This was probably the hardest day I’ve ever had in the saddle.

I finished this stage at 02:15am the following day after over 15 hrs of riding, 198 tough miles, in large parts single track off roads and nearly 16,000 ft of elevation gain.

If I’m honest I underestimated this part of the route when planning.

This was a crazy tough and long day, especially being on my own.

Challenging most certainly, this just wasn’t in the plan and if I’m honest it tested me a few times, on my own, right up on the very north west coast, completely remote still riding in the middle of the night, tired, and trying to navigate.

The roads were largely single rough track, and the climbs were just ongoing. Part of the route is called ‘The wee mad road’ - the name says it all really, as that’s exactly what it is!

A few people asking along the way where I was riding from and to were shocked when I replied I was trying make it to Melvich, checking if I’d got lights as I was in for a long night!!

Hearing this my morale took a bit of a blow and I knew this would be a tough night and mental test. But I knew I felt good physically, my bike was working fine, I had lights, and I was on the right road, so it was a case of just keeping going.

I called the B&B and made arrangements for my late arrival, it was a case of leave the front door open, and sandwich pack in my room.. as long as I knew I had a bed to get to, this was hugely reassuring. I’ve never been so relieved to finally get back to somewhere. 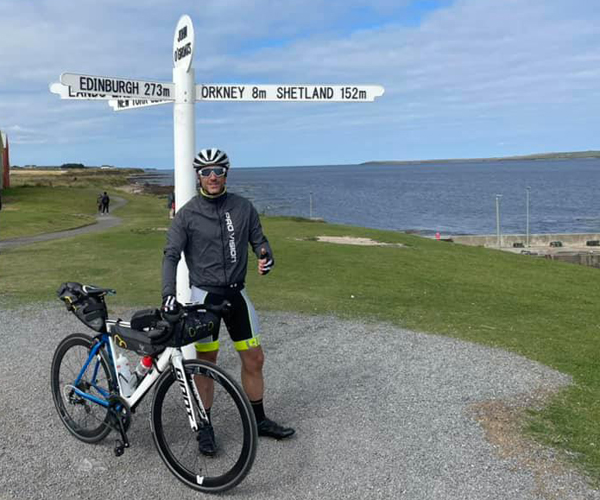 After about three hours sleep, I set off for the last day.

Physically I was feeling good, and mentally i was positive after getting through the previous day, and knowing i was on the last stage.

Today was a really windy time on the North coast, but much better roads, both on the North/East, it was not quite as scenic as the previous two days but it was still vast beautiful countryside.

I pushed on the last 35-40 miles, really to try and get back in time for a pub meal and a pint.

I made it back to Inverness castle by 21:30, and even managed to race back to the pub in time for a meal and a few beers, a much welcomed relief!

It was a truly memorable experience, I can see why it’s dubbed the ‘UK’s answer to Route 66’.

Cycling it in three days is a bit of a sufferfest, I’ll be back though….and next time, if I’m cycling it’ll definitely be over a longer period to really take in all it has to offer, or maybe via four wheels in the luxury and fun of a campervan and join ‘van life’ up there.

In setting this event over three days, I wanted a challenge to test me both physically and mentally… and that’s just what I got. Scotland and NC500 you were amazing, cheers I’ll raise an Iron Bru to you!

In taking on this challenge, I couldn't let the opportunity pass without trying support some amazing charities that are close to both mine and my family’s hearts.

With that I set a fundraising target of £500 (seemed quite apt) to be shared equally between The Douglas Macmillan, The British Heart Foundation, and Mind Mental Health Charity.

I’m pleased to see the total amount raised is now approaching £850 which is fantastic, if you would like to show your support for these wonderful charities and play your own part, however great or small, each and every £1 will all add up and make a positive difference to such great and worthy causes.

If you would like to show your support the donation page is still open to log onto.

Thanks so much for all your support