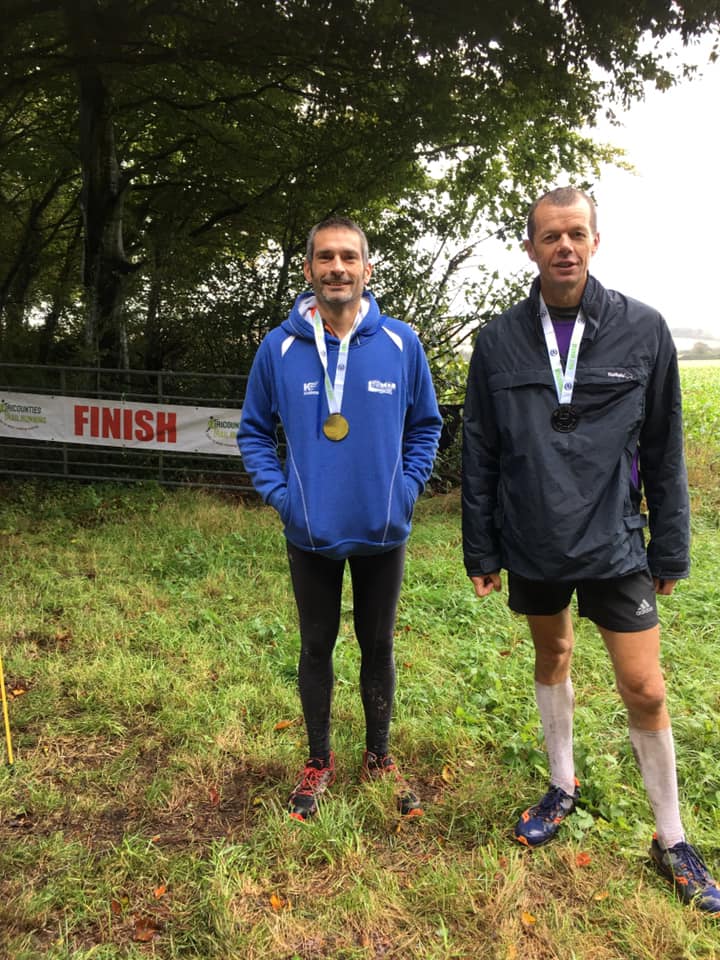 The 4th of October 2020 has been in my diary as a half marathon since October 2019. Way back in October 2019 I had entered the Bournemouth half marathon, the event that was scheduled to replace the long established Bournemouth marathon. When I entered it never crossed my mind the event would be cancelled in the wake of a global pandemic.

As summer became autumn I, along with most club members, was yet to run in any competitive event and had started to think any running in anger would have to wait until next year. Then a few weeks ago I started notice flyers around Blandford advertising “The race on the chase”, a cross country half marathon being held on 4th October, there was also the option of a 10k or full marathon. Within hours of picking up the flyer my entry was in.

The days leading up to the event were dry and warm, everything was looking good. But on the Friday before race day the weather changed and rain started, the rain persisted until way after the race. I turned up on Sunday morning with Bruce Hopkins struggling to find the motivation to get out of warm dry van. After accepting getting wet was clearly going to be part of the day we set off to race reception to run my first social distance event. At race reception we issued with electronic timing device. We were told to dock this at the start line when ever we wanted, run 13.1 miles and dock the same device at the finish line.

Without further waiting we set off, the course was sodden wet and muddy but very well marked. After around two miles those competing in the 10k turned off and soon after those running the full Marathon also turned off. I soon lost site of Bruce in the mist and after around four miles I was running through knee deep water become aware that a faster runner was patiently waiting to pass me. As the path widened Steve Claxton breezed past soon disappearing from sight. Soon after this we were guided across the A343 by some very helpful marshals. From this point on I neither caught another competitor and was not overtaken. Not like any of my previous half marathons but then this isn’t a normal year.

After crossing the Martin Down nature reserve we picked up a chalk path that went downhill for several miles, at this point I was thankful I had chosen my cross country running shoes. After another road crossing it was a slight uphill to the finish line and time to dock my tag. Within minutes I was given a printout telling me I’d covered the course in 1hr 52mins and was in 7th place. With so many still on the course my position was clearly due to change. When all competitors had finished I had dropped to 26th out of 85 starters. Bruce maintained 10th place and Steve (running for Poole runners) was in fourth place. After a year devoid of sport any event was worth entering and this one was a brilliant event that I would definitely enter again.