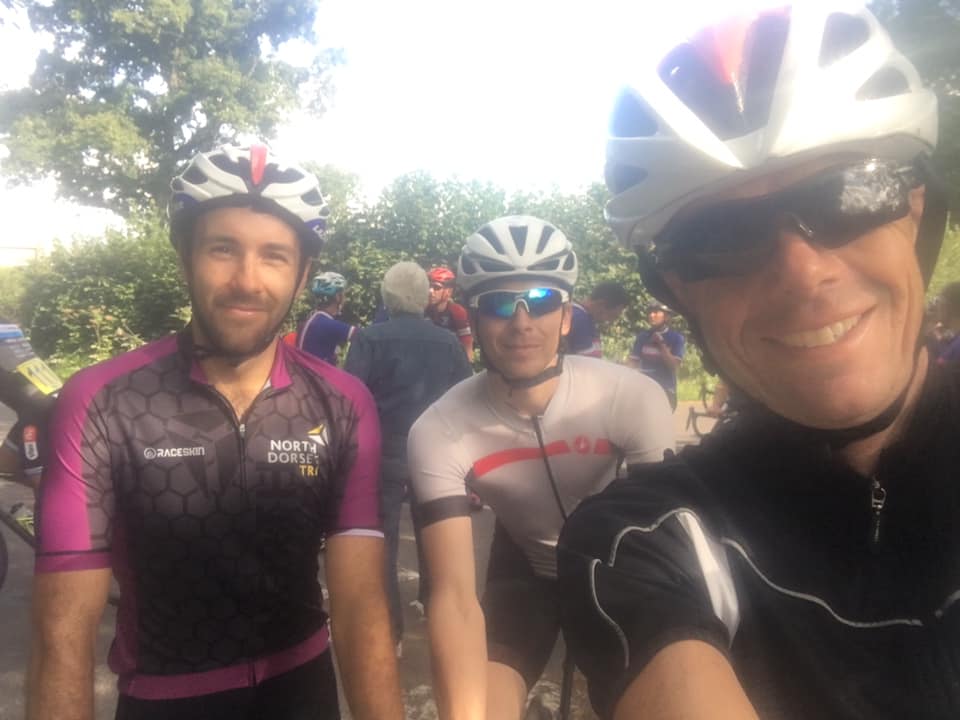 On Saturday 7th September Team NDTri took the slopes of Bulbarrow for the Annual Gillingham Wheelers Hill Climb(s) and the hills did not disappoint. Dave Hewes, Jon Mead and (honorary NDTri-er) James Gill gave it their all to earn 4th Place as a team (out of 6) and 20th/18th/12th respectively as individuals (out of 24).

Not too bad a result given that the KOMs were absolutely obliterated on both hills and some of the competitors were averaging 400+ Watts for 6+ minutes - we were seriously outgunned!... There's always next year though :-)