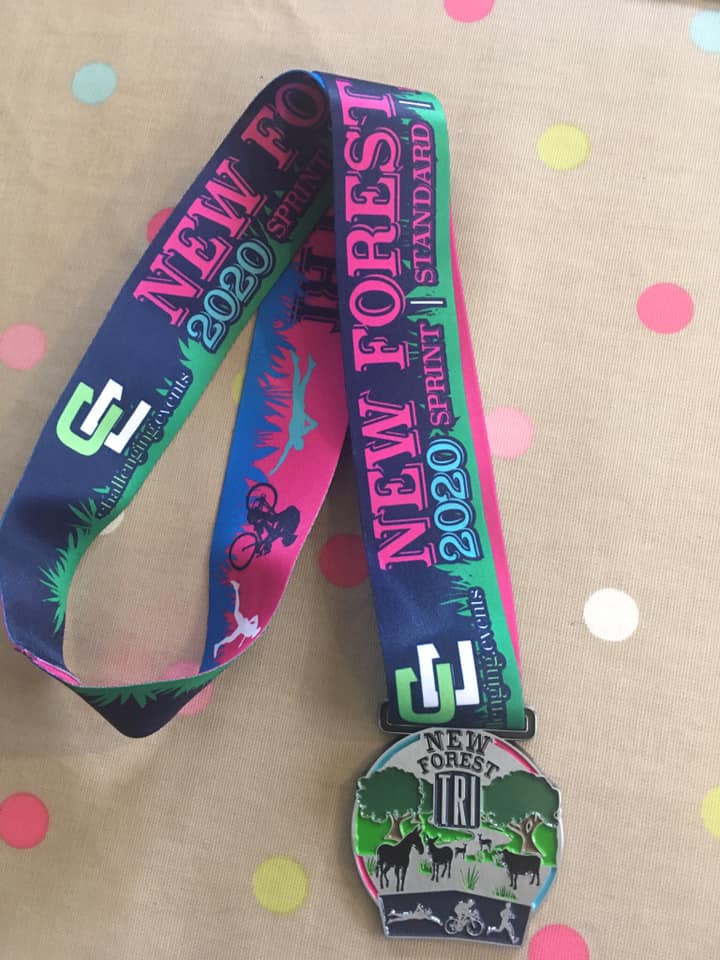 As this was held soon after the pools opened it was deemed as ‘ non competitive’ which meant that all the results for all the races were put together.

There were 5 different races Sprint, Standard, Middle , duathlon and Aquathon. There was a gender separation in results but no age categories which meant it was impossible to gauge where your results were in the age group.

Anyway a socially distanced race meant...don’t get too close at registration, hand gel and wipes at the porta loos (has to be a positive)

, more space in transition between bikes and you could take in a small bag ( no bag drop), own nutrition.

Open water swim in Ellingham lake with us lined up in number order -then the emergency boat broke- so social distancing became tricky as we waited around for a replacement but we were all outside and ‘doing our best’.

One loop bike course around the NF - nice undulating route but watch out for the cows, donkeys, horses. They don’t care that you are racing down a hill in fact they will purposefully move in the road when they see you coming!! (21.56 miles)

T2: Had to run in bike shoes and I hate that.

Run :just shy of 10k, nice and flat until a sneaky off road incline in the middle.

Finish line: put your own chip in a bucket ( bleach probably), collect your own medal, grab some snacks off the next table. Move back to transition to collect your bike and home.

Nice race, the swim was missing the usual bundle and bounce but that would be ideal if it was a first race or you weren’t crazy about Open water swimming.