Stokes Bay Sailing Club was the venue for our end of season awards night on Friday 29th November.

An evening where we got together to celebrate some of the awesome achievements our clubmates have accomplished and remind ourselves what a year it's been.

This is only the second time that we've had such a night and it's a sign of the popularity of the occasion that we had nearly half of the club attend.  It's not a fancy black tie event or big party but a chance to meet up over a beer and a curry, meet some new members, catch up with old friends and discuss race plans for next year.

Congratulations to all our winners, there were a number of potential recipients in each of the categories, resulting in a tough choice for those making the descions.

Special mention to Steve and Jenny Smith, Bayside Tri members (Steve is a former Chairman of the Club) who very kindly sponsored the Triathlete of the Year Award. The worthy recipient received a nice glass trophy but also a week stay, for two people, at Steve and Jenny's training base in France. The winner will get the chance to use the Gites at Civray pool, quiet roads, country lanes and river to swim/bike/run to their hearts content.

The evening was another Bayside Tri success, with over £100 raised in the raffle and more importantly the Bayside Tri family  feel further enhanced. 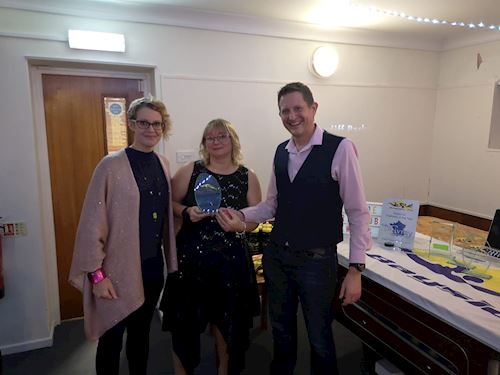 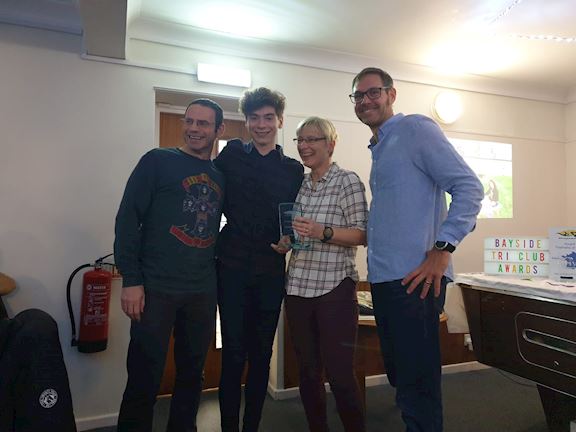 As well as presenting awards we were also able to distribute our new Club Big Bobble Hats. We also learnt that the collective noun for a group of Baysiders is 'a Bobble of Baysiders' 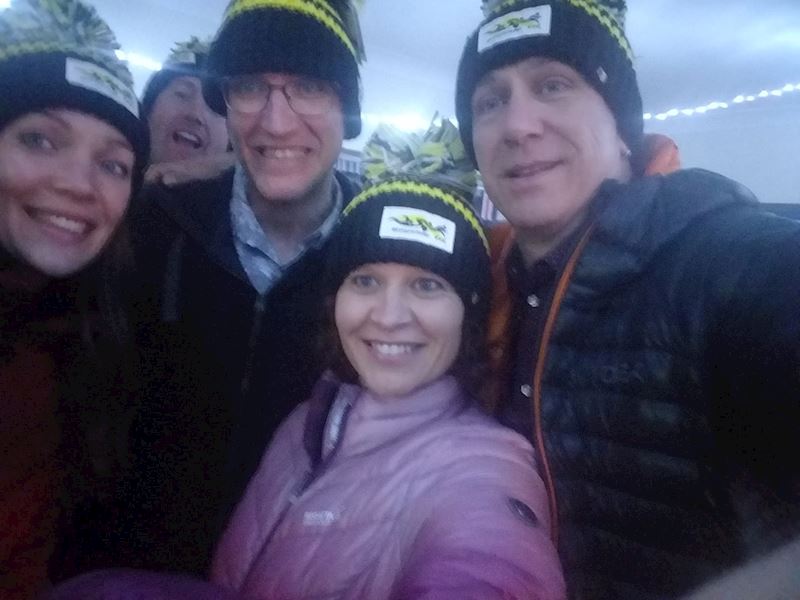