Busy weekend for the Belvoirs at Louth Triathlon, London Duathlon, and the National Swim/Run Champs 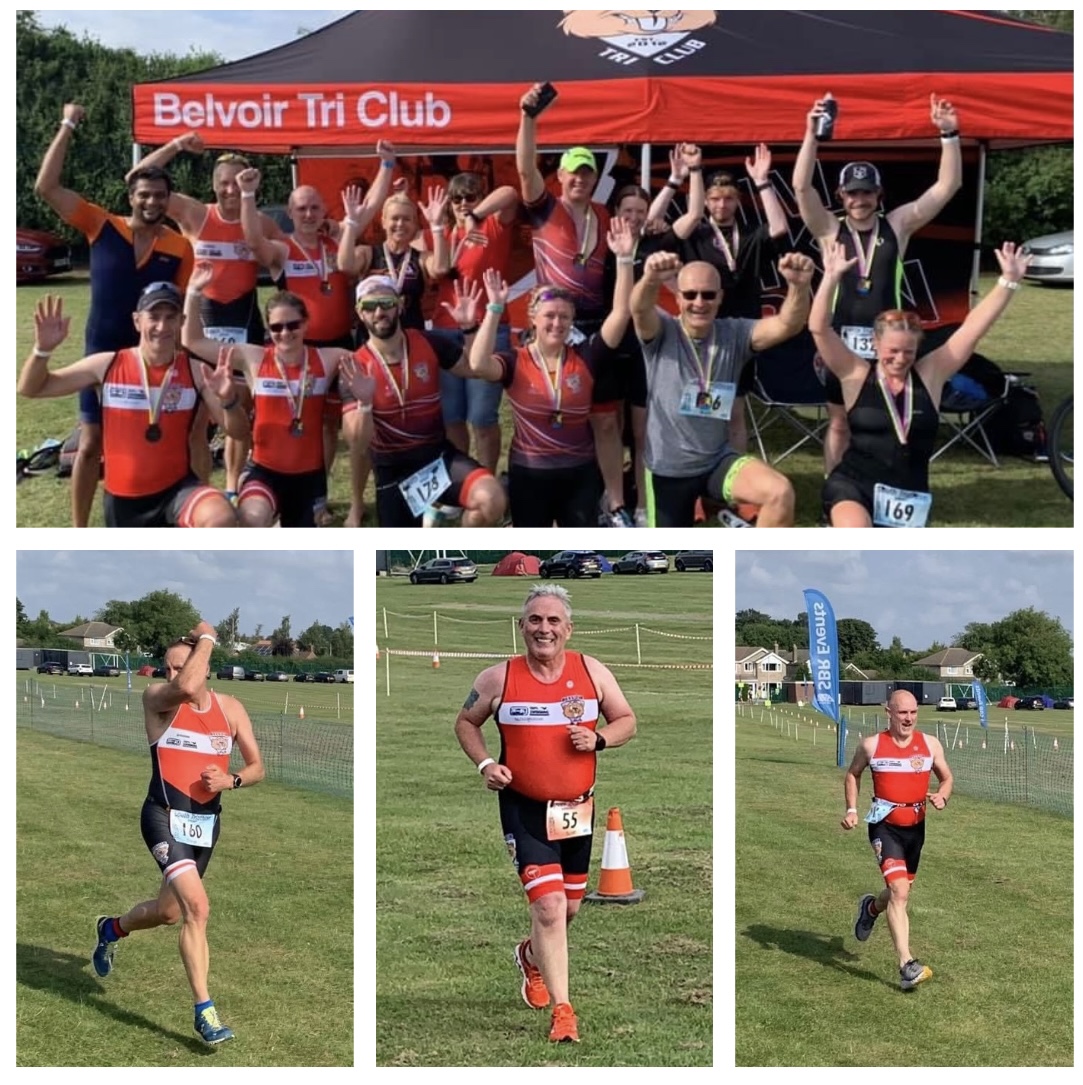 Belvoir Triathlon Club had another busy weekend of racing, this time at the Louth Triathlon. Louth Triathlon, ran by local business SBR Events, prides itself on being a friendly and all-inclusive event, making it the perfect race for the Club Championship. The Club had 15 entrants across 3 different events, the Super Sprint, Sprint and Aquabike. Scott Temprell competed in the Super Sprint triathlon, comprising of a 200m swim, 11km bike and 2.9km run. Scott clocked in at 01:09, making him 5th male home. In the Sprint triathlon, which was also being used as the Club Championship race, 11 athletes from the club battled for the trophy. Entrants had to complete a 400m swim, a 22km bike and a 5.35km run. First Belvoir man home, winning him the Club Championship trophy, and an impressive 5th overall, was Chris Masters in 01:09. Hot on his tail taking 7th overall was Dean Scoffins, 01:011, followed by Chris Pugh, 01:16, Russell Maksymiw, 01:19, and Joe Hayes, 01:21. The first Belvoir lady home was Sophie Hunt, who won the female Club Championship in 01:22. Sophie’s impressive time made her first in her age group, and 9th female overall. She was shortly followed by Claire Grieves in 01:23, Steve Squires, 01:24 and Debbie Carleton, 01:29. Next across the line were Steve Rogers, 01:30 and Laura Kettle, 01:30.

Louth also hosted the Aquabike which involves a 400m swim and a 22km bike. Lisa Udall completed the course in 00:59, placing her first lady overall, and she was followed by Louise Perry who took second in 01:00. Of the event, Lisa stated “the bike course was relatively flat which I really enjoyed.” Caroline Jackson completed the Aquathlon, a 400m swim and a 5km run, in 00:43, making her 4th female overall. Caroline said “I thoroughly enjoyed my first official multi-sport event. I felt confident in both the swim and the run, despite only swimming for the last 6 months with Belvoir Tri. I am looking forward to the next one!”

Meanwhile in Jersey, Stephen Hobday was completing in the elite field at the Breca UK National Swimrun Championship event. In this event, a limited field of 120 of the best swimrun athletes in the UK are invited to battle it out for the title. The course has incredible ocean swims across the island's iconic bays. Competitors race around the island in a battle against Jersey's relentless 40ft tides. Being some of the highest in the world, the tides present an ever-changing course and a unique challenge. Stephen qualified for a free entry to the elite race, and was up against the best of the best. The course was 15km, split over six runs punctuated by five swims which totalled 5km. The runs were highly technical with constant climbing and descending over rocks with tight turns, along cliff edges and rocky beaches. The swims were varied, with many having no line of sight to the exit. Stephen reported that “you just had to head off round the cliffs and hope some flags would appear - all part of the adventure that is swimrun!” After what was undoubtedly a gruelling challenge, Stephen stormed ahead to a top 10 finish, coming 8th in the men’s solo race in a time of 03:11:26.

Elsewhere, Paul Scott and Paul Smith were competing in the London Duathlon. The annual race of three parts comprises of a 10km run, a 44km bike and a 5km run to finish. The race takes place in London’s scenic Richmond Park, and is the world’s biggest run-bike-run event. Paul Scott was off to a flying start, completing his first 10km run in sub-45 minutes. His bike took a mere 01:20 and his final 5km was an impressive 23:04. This impressive total time of 02:32:14 saw Paul come in 134th place out of a field of over 1000 competitors. Paul Smith was not far behind, running a 48 minute 10km, a 01:22 bike and a final 26:26 run. His total time was 02:41:36.