Two of our triathletes completed an unofficial "Lakes in a Day" 50 mile / 4000m Ultra Marathon. 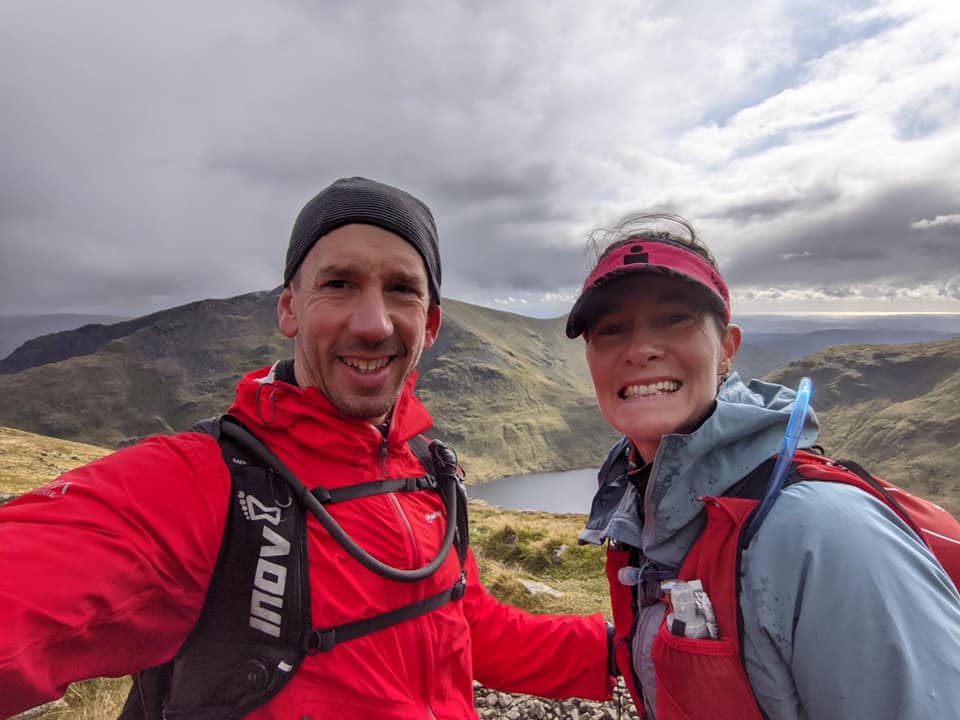 Two of our triathletes completed an unofficial "Lakes in a Day" 50 mile / 4000m Ultra Marathon.

Keep on reading and find out about Claudette &Darren’s adventure!!

Can you tell us about the feeling when you both finally finished?

C: I don’t think it was my prettiest moment – I was overwhelmed and thrilled to see our van with Karl Hunt as our homecoming support but as soon as I stopped next to the van, I burst into sobs of ugly crying! I was so utterly finished and completely relieved! I think my exact words were to the effect of: I never want to do that ever again…

D: Relieved, that we’d made it, slightly worried about how seriously Claudette might have injured herself in the process!

Was this the longest race that you have both completed? 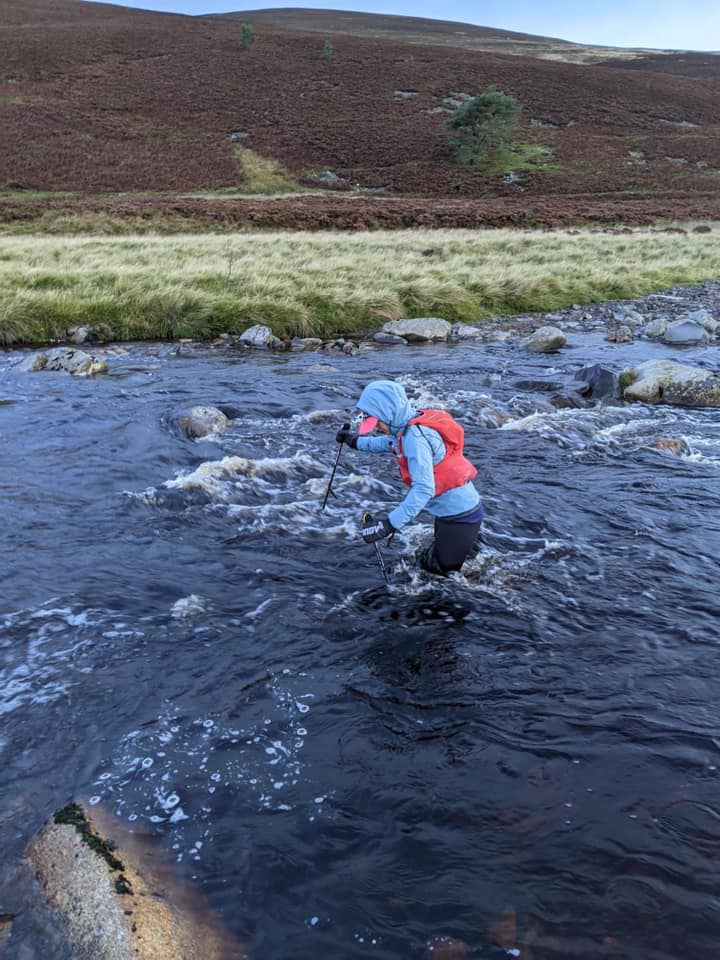 C: Yes – after completing the first half to Ambleside twice and doing each of the sections separately – it was time to pull it all together. Unfortunately (or perhaps fortunately for us…) the actual event was cancelled, but this did allow us to play around with our start time, what support we had on the route.

D: Not the longest in either time or total distance, both of which are eclipsed by G2E, but compared to both Outlaw full and G2E (cycling from Grantham to Edinburgh) last year, I think this was the hardest because of the terrain (proper mountains) and amount of climbing (4000m).

How did you fuel throughout the race?

D: I ate everything in sight. Tribe bars, Veloforte, trail-mix with a few SiS gels for good measure. The Trail-mix with salted nuts and peanut M&Ms was the only last minute innovation and it worked really well, having previously got really tired of bars. The soup at Ambleside was amazing. I’d planned a range of things at the feed stops and it was great to have a choice (or just to eat it all).

What was the toughest part of the ultra? 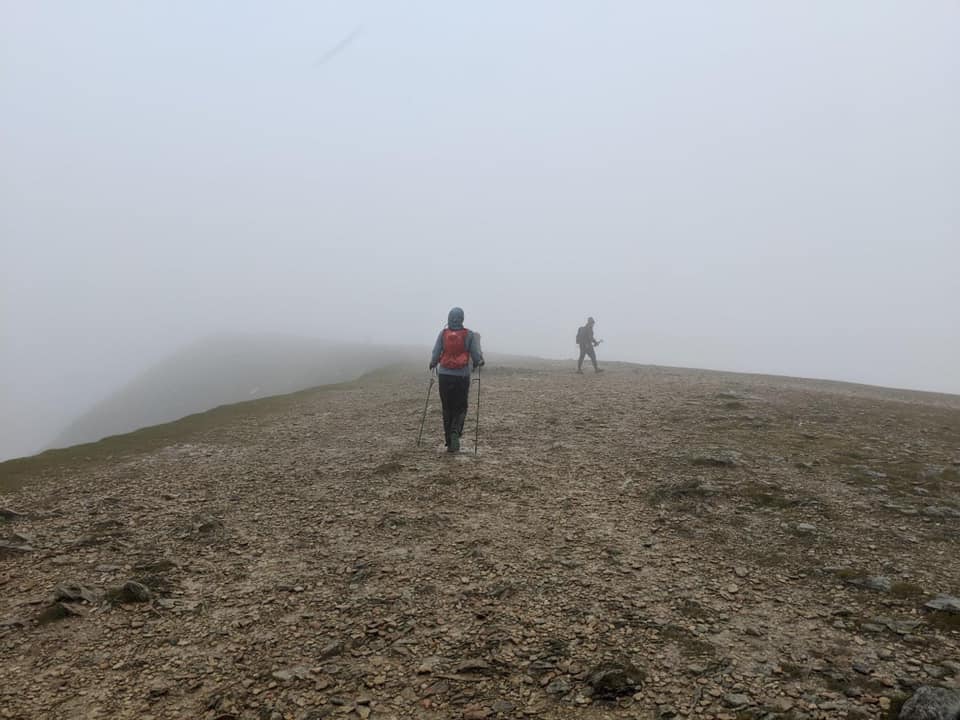 C: The last 10 - 15 miles – I was hurting all over and it was dark. It was also late and we had been running/walking for what felt like forever. The last 2 miles felt like they were never going to end – I must admit that I think I was weeping on/off for that bit!

D: Persuading Claudette that we should do it even if the event had been cancelled! Actually there were some bits in the dark, after midnight, on the last remote fell sections where I was feeling a bit delirious and it was hard to concentrate on the navigation. I was in 2 minds about whether to tell Claudette - but decided to keep it to myself. Luckily it got better and we didn’t get lost! 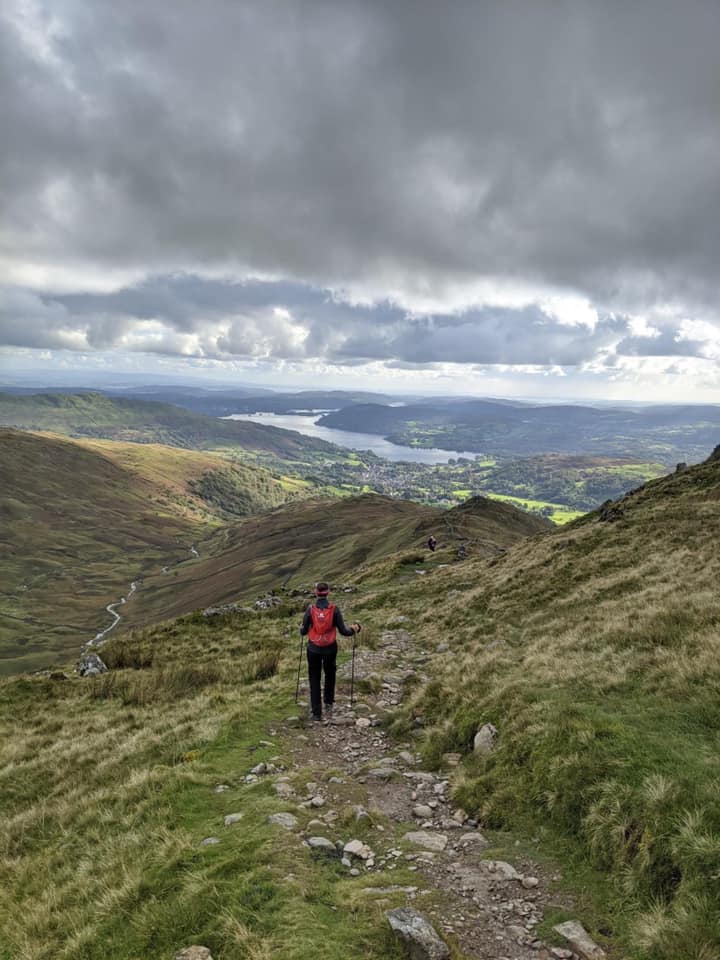 How did you stay motivated to keep on going?

C: I just kept repeating – one foot in front of the other, used some yoga breathing techniques and knew that I didn’t want Darren to finish without me!

D: We’ve been working up to this for 2 years now. The 1st attempt in 2018 was my 1st and only DNF (did not finish) as we had to admit defeat at Ambleside. We’ve put so much effort & time into training, recces, kit & planning I knew we probably wouldn’t get another chance to finish it in one.

Anyone thinking about doing this race next year, what advice would you give?

C: Don’t underestimate the hills – you don’t have to go quickly, but you do have to keep going, just pick a gear and keep going!

It is an amazing challenge and I am very pleased to have finished it – eventually! 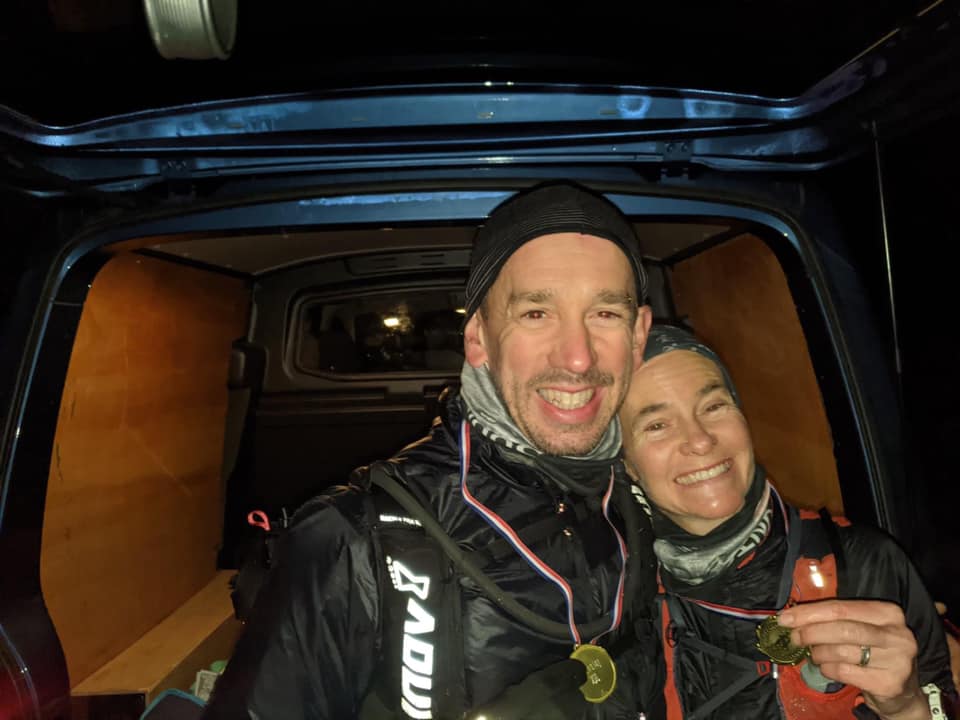 D: Unless you’re some kind of super-human or mountain goat, it takes a lot of time to be prepared for anything like this. We’re really lucky to be able to spend this time together without murder or divorce - but I’d think seriously about the commitment before taking it on.