Neil started his running career in 2005, and has subsequently competed in triathlons and duathlons. He has coached Chippenham Harriers Adults and Youth members and started assisting the Triathlon Club and Tristars in 2015. Neil has been racing in triathlons since 2009 and has been competing at various distances up to Ironman and has won at a few of the local races. Nikki first dipped her toe into the Tri world at the 2017 Oldbury Sprint and has never looked back! A keen swimmer, steady runner and reluctant cyclist, she has moved steadily through the distances with the Weymouth Ironman 70.3 2019 being the most recent. 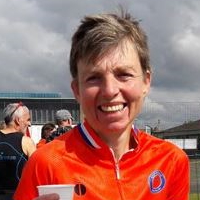 I ran my first half marathon just after my 40th birthday, After a few years doing halves and 3 marathons, I did my first sprint Tri in 2016. I then started the coached swimming sessions & cycling more and in 2018 completed a standard and middle distance lake triathlon, with my first sea swim at the Gower sprint.

Chris has experience of coaching triathletes at all levels including children, novices and experienced triathletes.

Chris has competed in triathlon for 15 years, including multiple Ironman over this time. He has represented Great Britain as an age grouper in Duathlon and Triathlon, including a 7th placing at the 2019 ITU World Long Course Championships.. Lynsey loves all things triathlon. She began her triathlon journey in 2014, working up quickly to reach the pinnacle of her career to date when she achieved 2nd in her age group at IM Wales 2019 and qualification for the Ironman World Championships in Kona, Hawaii.

After learning how to swim by watching a few YouTube videos, Mark completed his first triathlon in 2016 – the Cotswold 113 half-iron distance. Mark is now a competitive Age Group racer, winning a number of local races. He has also completed Ironman UK in 2019 and 2021, winning his AG in 21 and subsequently qualifying for the World Championships in Kona. 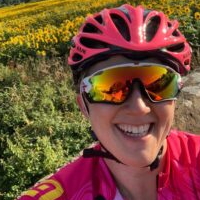 Bev is a beginner triathlete who has ran with the Chippenham Harriers for several years. Since purchasing a road bike a few years back, Bev has been building her cycling strength and is steadily working her swimming confidence to get to her first triathlon in the near future. 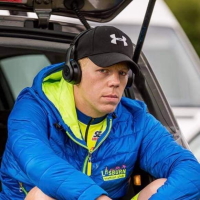 British Army veteran who loves swimming, running and cycling but only decided to put it all together in 2017 after a serious injury forced him out of rugby. Now fully addicted to triathlon and working up to completing a full Ironman in the future. Paul first took up triathlons in 2016 having spent many years running.  He completed is first triathlon on a mountain bike before taking the sport more seriously!  Enjoying the varied training triathlons provide his favourite distance is middle/half Ironman, as it offers a blend of a serious challenge but a life-coping training schedule.  Although, he does have a few full Ironman distances on his bucket list which he hopes to pick back up now the pandemic has eased, with the first one being Ironman Wales.