Our End of Year Social and Awards night at the Marchmont Arms.

We hired out the Orangery which was a perfect size for what was another fantastic turn out. Big thank you to Jo Ramsey for organising the venue and food which all went down well.

Onto the presenting of the awards with Chair person & champion himself Andy Charlwood presenting the two awards voted for by all the club members, firstly was the award for quote of the year which went to Jo Ramsey for ‘pray for me’ coming above Sean’s ‘Don’t be Shit’ and Tracey’s ‘I didn’t Drown.

Then onto Club Person of the Year which is for the person you think has done the most for the club (helping out others, contribution, positivity, etc). This was awarded to David Richards. 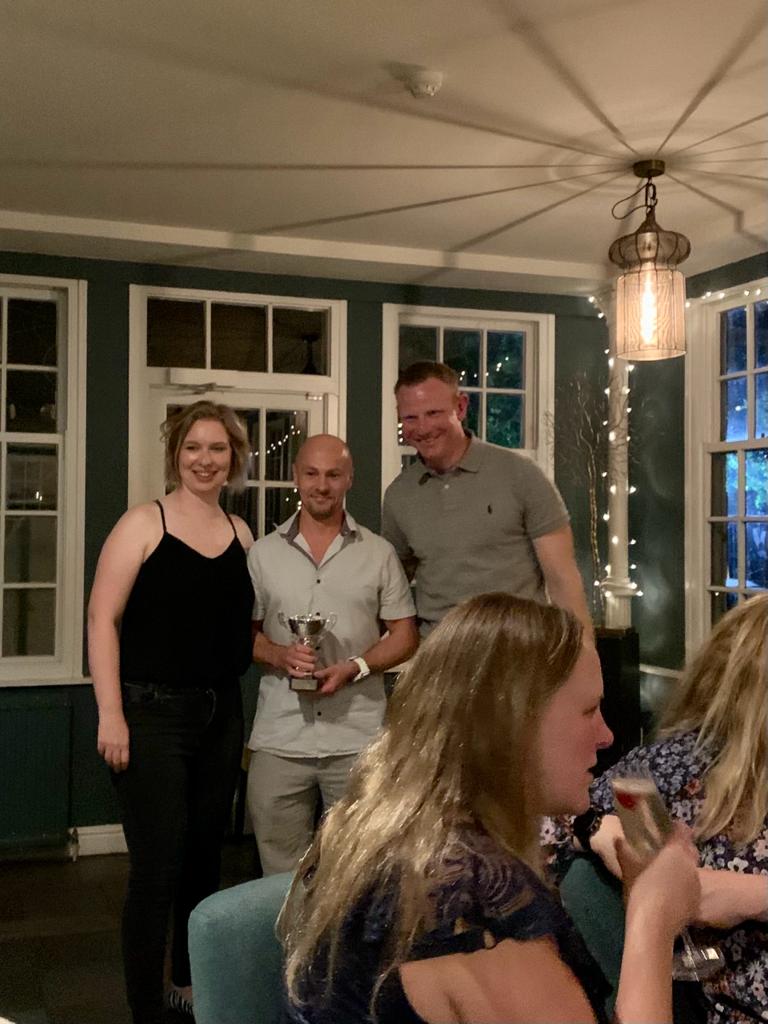 There were two coaches awards presented, chosen by Jo & Sean, firstly the coaches choice award where there was a number of contenders, the trio of Tracey, Sarah & Greg as well as Jo Ramsey for their hard work, dedication and constantly keeping the coaches entertained. Craig also got an honourable mention for keeping everyone in one piece (especially the coaches!). This year, the award went to Rob Hawes for making huge improvements to his swim and run technique, giving it his all at every single session, his friendliness, always being attentive, smiling & welcoming to new members. The coaches find his attitude, positivity and work ethic inspiring. 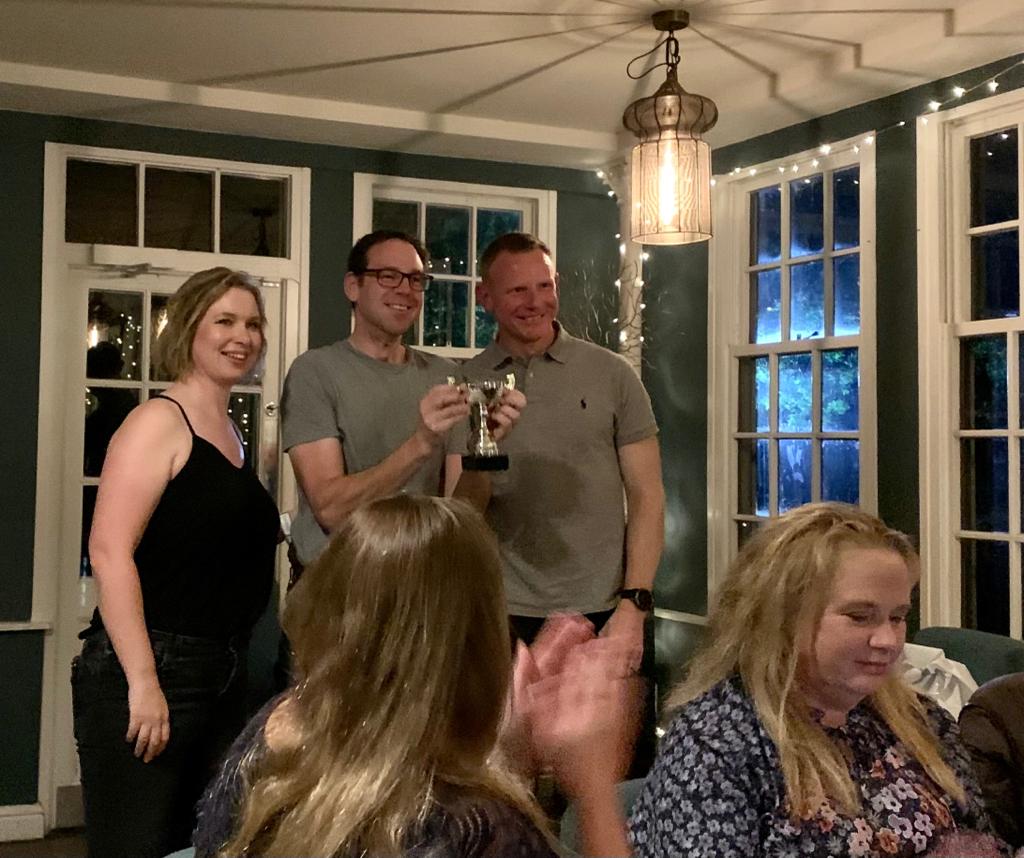 Then last but not least onto Achievement of the Year award, many contenders for this including Sarah & Alan Grover, & Danny Regan for competing for Team GB, The team of Dave Foulkes, Paul Radford & Sean Power for coming third in age group at the bedford relays, also the ‘Champion’ Andy Charlwood for winning the Centurion event by a clear 7 minutes at Great Yarmouth. But there could only really be one winner this year, Mark Dunford for completing the Ironman Copenhagen in a great time of 14:32:31. A well deserved award.

Summer Social on the farm. 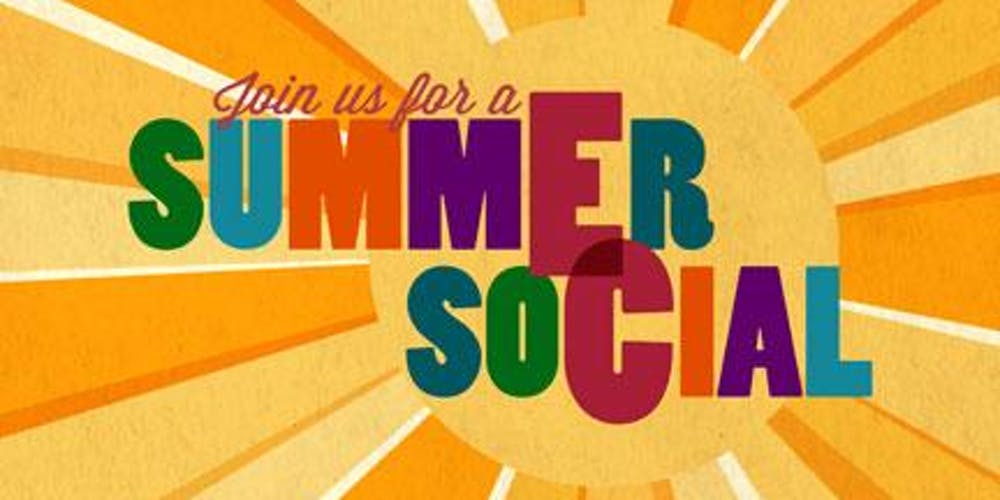 We usually meet up at Denham Lake for a swim and social including coffee and bacon butties every saturday morning at 8.00.  Feel free to come along and say hello!

On October 22nd we held our End of Year Social and Awards night at the Mad Squirrel Brewery in Boxted Farm.
We started with a tour of the brewery by one of the directors Gregg, who took us around explaining the process of making their craft beers. We then ate delicious artesian pizza and sampled four different beers 🍺🍺 🍺 🍺 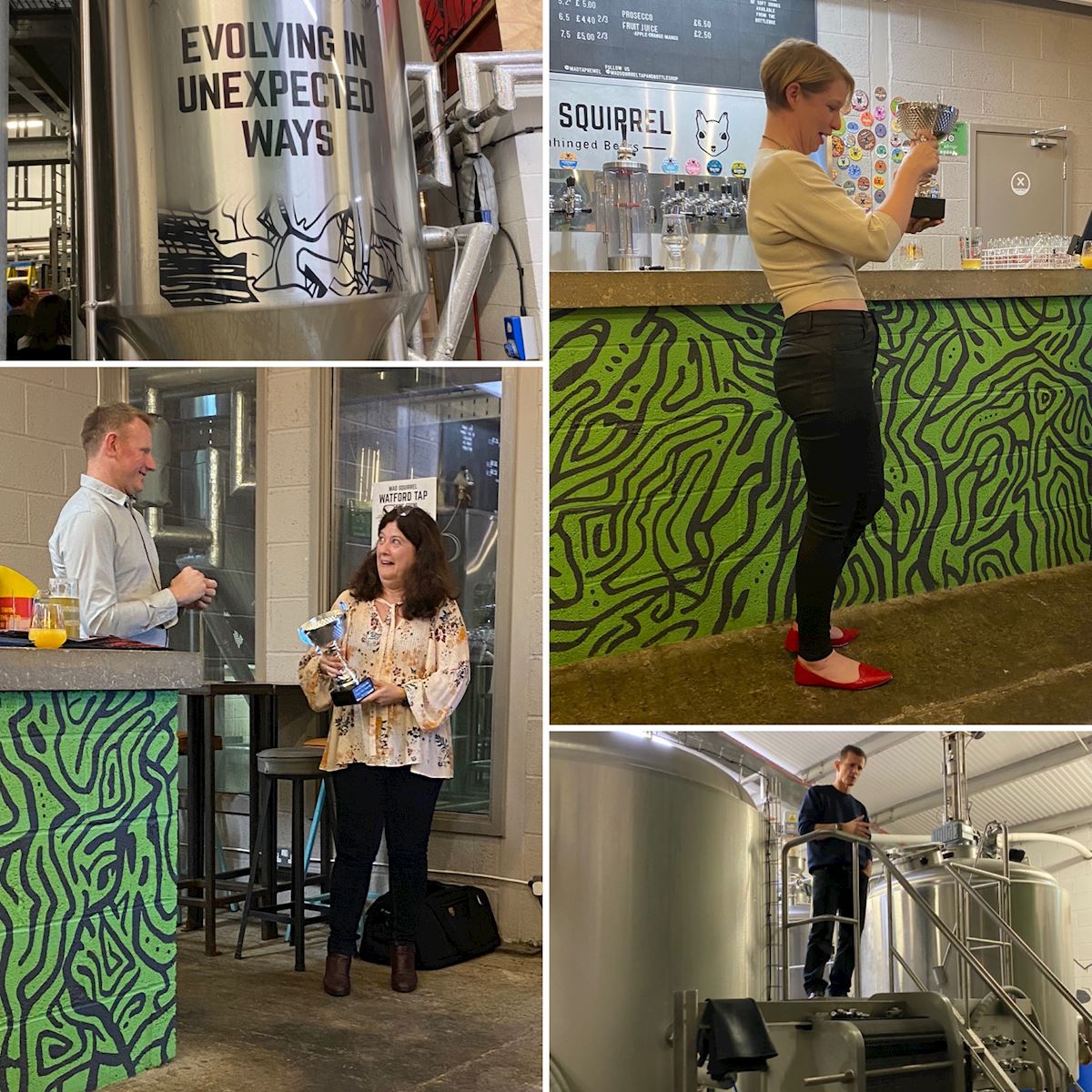 Onto the presenting of the awards with Head coach Jo presenting the Coaches choice award to Jackie Colfer who was very shocked but a deserved choice for her enthusiasm and determination to improve her running, cycling and taking up open water swimming. 🏆
Next, Club person of the year voted for by all the members went to Head coach Jo Watkinson who looked even more shocked when she was presented with the trophy. 🏆 Another deserved choice for stepping into the head coach role, passing her L2 and all the hard work she has put into planning training sessions and helping members with their training.
Altogether a fantastic evening had by all! 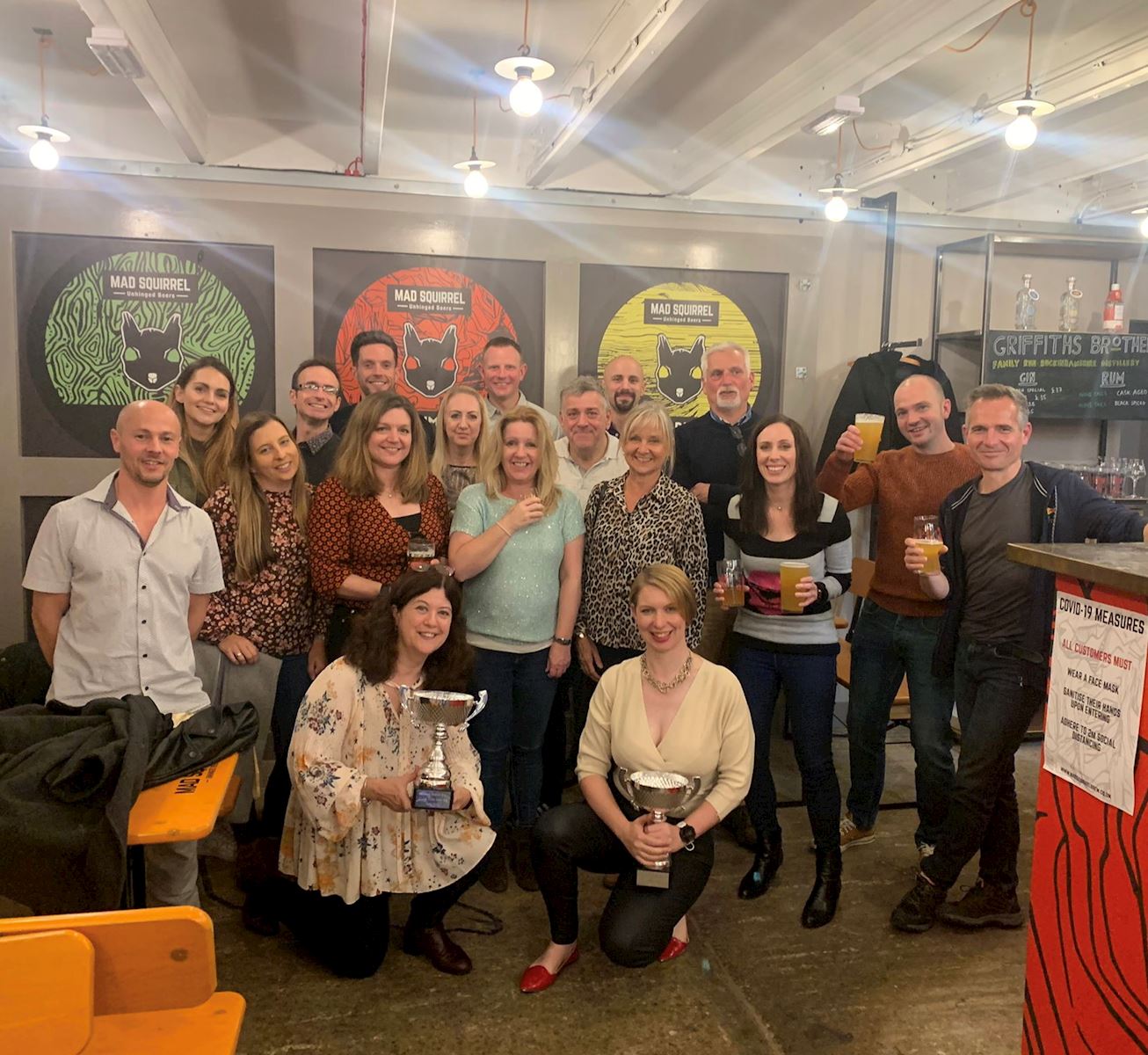