The Club Committee is responsible for the day-to-day running of Northants Tri Club.

It serves and is ultimately accountable to the club members, and is tasked with ensuring that the club is run in a prudent, responsible and efficient way.

The committee performs its functions in a way that promotes transparency and accountability at all times. All the clubs activities are reported on an annual basis as part of the Annual General Meeting, which is held early each year. We encourage all members to attend and participate in the AGM.

The 2020 committee is a great blend of people new to the roles and those with a long experience of serving the club. Hopefully this means fresh ideas backed up by the excellent management that has kept this great club on a solid foundation over the many years.

We look forward to offering our members a fantastic programme of coached training sessions thoroughout the year, as well as promoting a series of club races and social events. 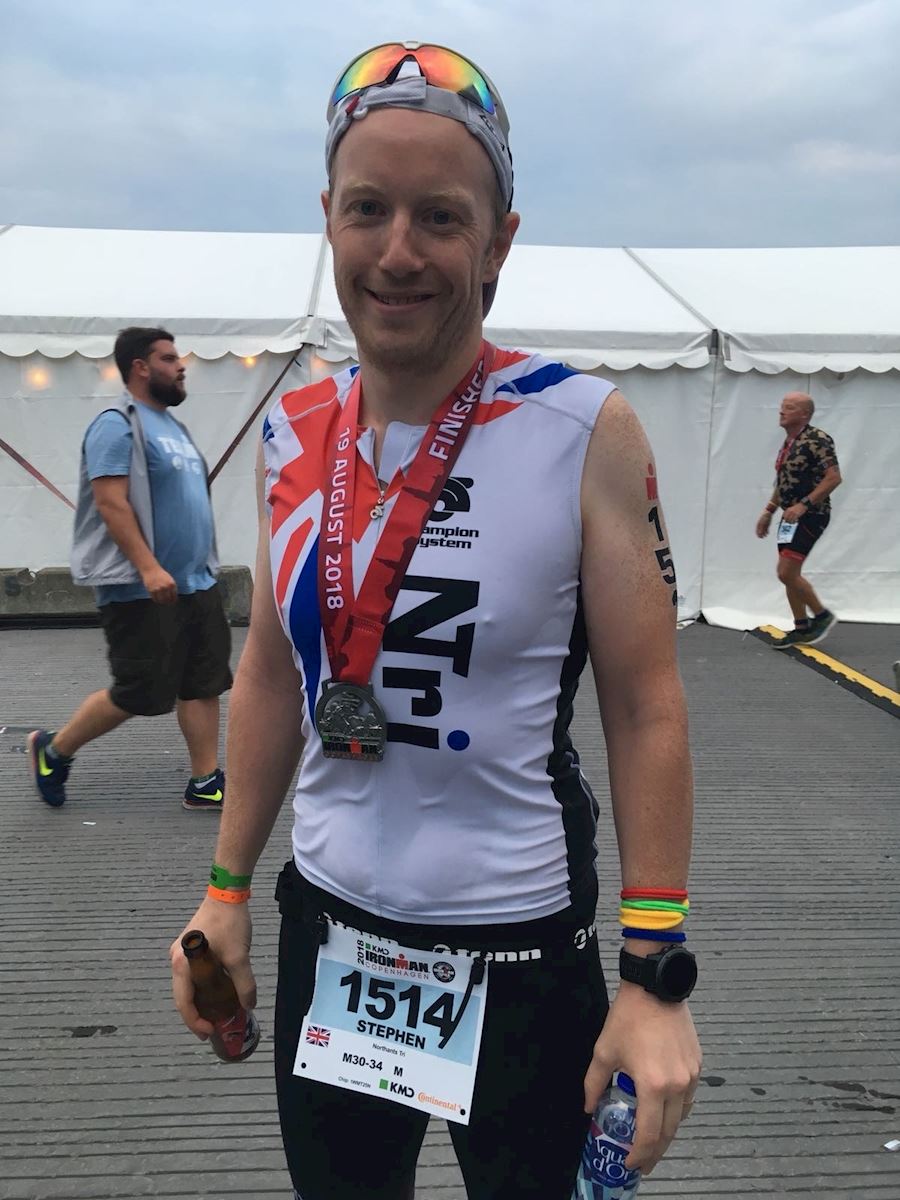 Steve joined Northants Tri in 2014 to try something different to just running races. He soon became adept at all triathlon distances before crossing the line in Ironman Copenhagen in 2018, a feat which he considers his finest hour as a triathlete.

With the pressures of work and a new family Steve is refocusing on the Sprint and his favorite Olympic distances this year and his immediate goals are getting back into the weekly track and swim sessions.

Steve is a great team player, who is always there to encourage and support existing  and potential new members to help achieve their personal goals. As a committee member he is always looking at ideas to grow the size of the club whilst making it a welcoming and friendly environment for all abilities.

Steve can be contacted at chair@northantstri.co.uk 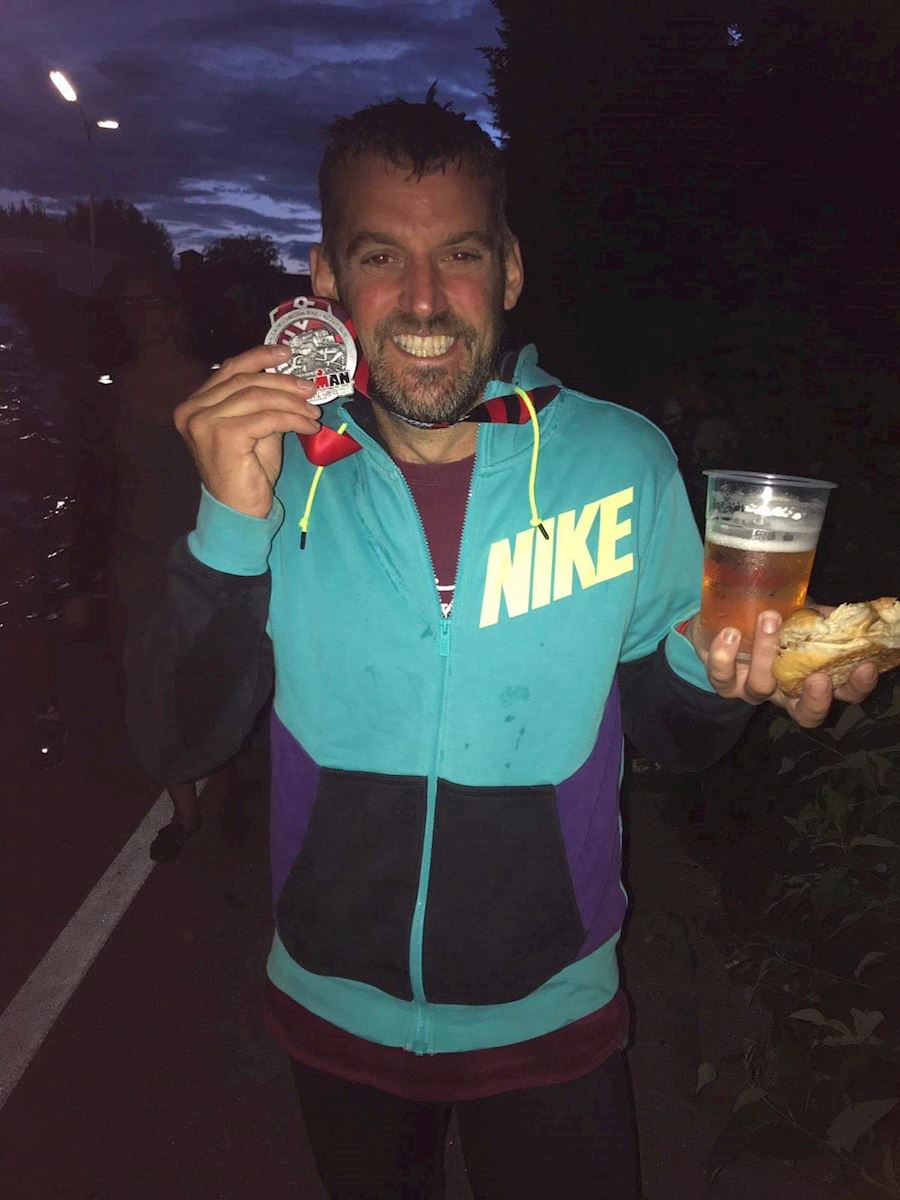 Matt first delved into the world of triathlon in 2014 at Blenhiem Palace. He soon got the bug and took on various distances over the next couple of years. Finally settling on 70.3 as his favoured distance, mostly due to the fact he has time to catch up on the bike and run after his slow swimming. In 2017 Matt represented GB in the European Middle Distance Championships in Austria, and went back there again on his Ironman debut in 2019.

Matt joined Ntri in 2017 and the committee in 2018 and is a keen supporter of all the club training sessions as well as the club races throughout the year. 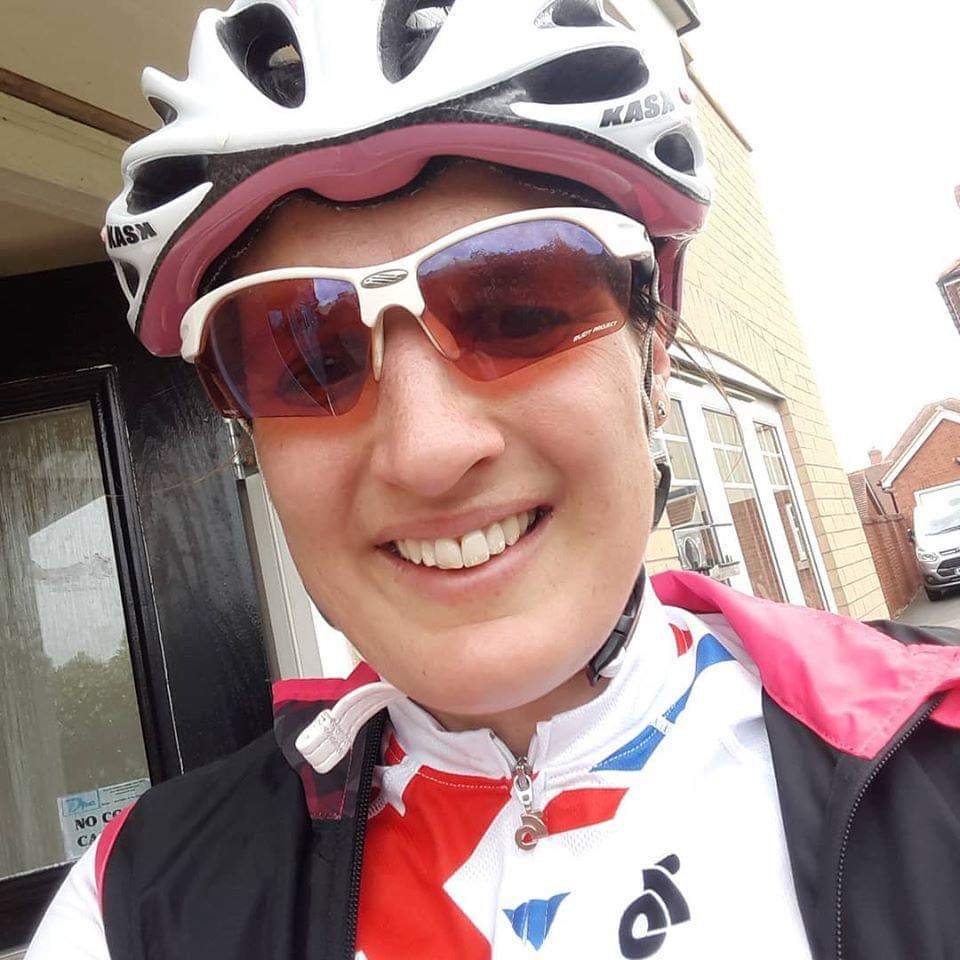 After completing RideLondon in 2017 Katy decided her next ambition was to do a sprint tri and this was her reason for joining Ntri in late 2017. After fully committing to her training she achieved her goal in 2018 and her efforts earned the Ntri newcomers award that year. She has since gone on to complete an Olympic distance tri in 2019.

Because of her dislike for running when she first embarked on her triathlon journey Katy views her first half marathon race, when she was dragged around by her fellow members, as one of her best achievements. Now that she actually enjoys running her next goal is to become a more confident open water swimmer.

New to the committee this year Katy wants to make sure the club welcomes everybody, regardless of background or goal and to continue to support as wide a range of athletes as possible.

Katy can be contacted at info@northantstri.co.uk

Val joined Northants Tri in 2006 with a new goal to complete a triathlon, after she had achieved her previous one which was to run the London Marathon. This was a brave goal considering she couldn't swim and didn't have a decent bike, but she went on to complete the Roade Sprint Tri later that year. Val then gradually increased the effort eventually achieving ironman distance in Barcelona in 2009 and at the outlaw in 2010.

Val is also very proud to have qualified and raced for Team GB at the European Championships in the Standard Distance in Athlone in 2010.

Val has since joined the coaching team and her efforts in Lane 1 with new members who struggle with swimming are legendary. There are many in Ntri who have achieved their swim goals thanks to Vals  patience and technique correcting  skills.

Being Treasurer of the club she also keeps a close eye on the clubs finanaces, and is of course the go to girl if you need some money for something. (Good luck there) 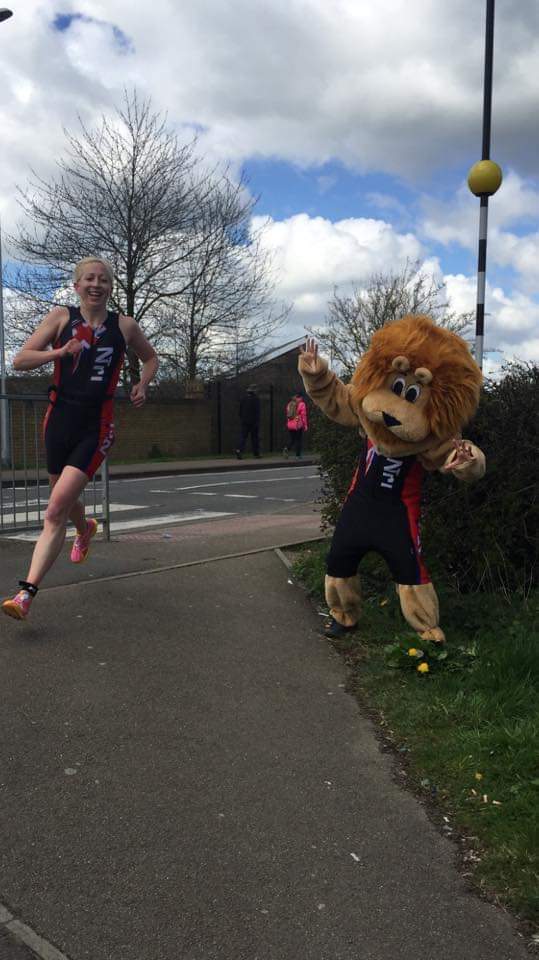 Stacey is a longstanding member of the club, joining in 2005.Coming from a swim run background she was persuaded onto a bike and was soon competing at her favourite sprint distance.

Stacey's Ntri status was raised to Legend when in New Zealand in 2012 she took on and beat all comers to become WORLD champion.

Her immediate challenge is getting fit again after having children.

Stacey is a dedicated member of the club and committee and you should let her know if you have any issues that impact your club life. Her ongoing goal is to see the club continue to thrive and produce brilliant athletes and great friendships. 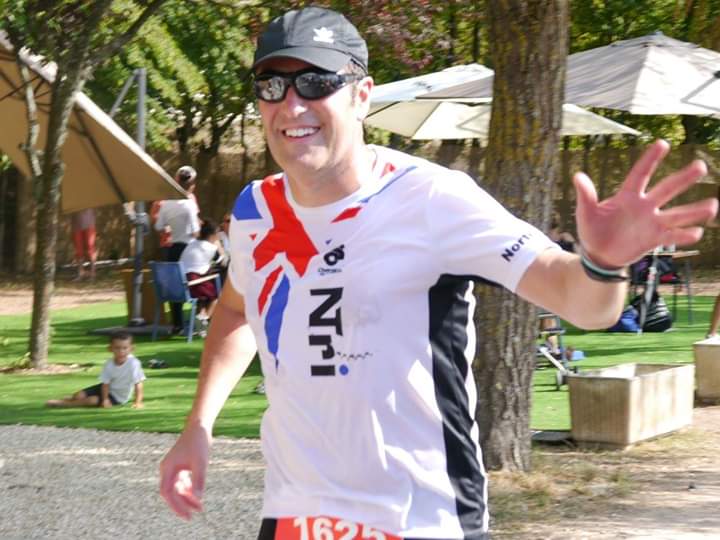 Adrian joined Northants Tri in 2014 a total novice at both cycling and swimming. In 2019 he accomplished his greatest achievement by finishing the Double Ironman distance, a feat he says he would not have completed without the support and encouragement of Ntris fantastic coaches and members.

In his first year as chairperson he would like to see Ntri continuing to offer a range of fully inclusive coaching sessions with the aim of making every member a better triathlete. Providing a platform from which all our members can train from to achieve all their triathlon goals. At the same time as having fun and being supported by a great group of like minded people.

Adrian is very passionate about the club, and enjoys nothing better than seeing his fellow members flying the Ntri flag in races around the world. 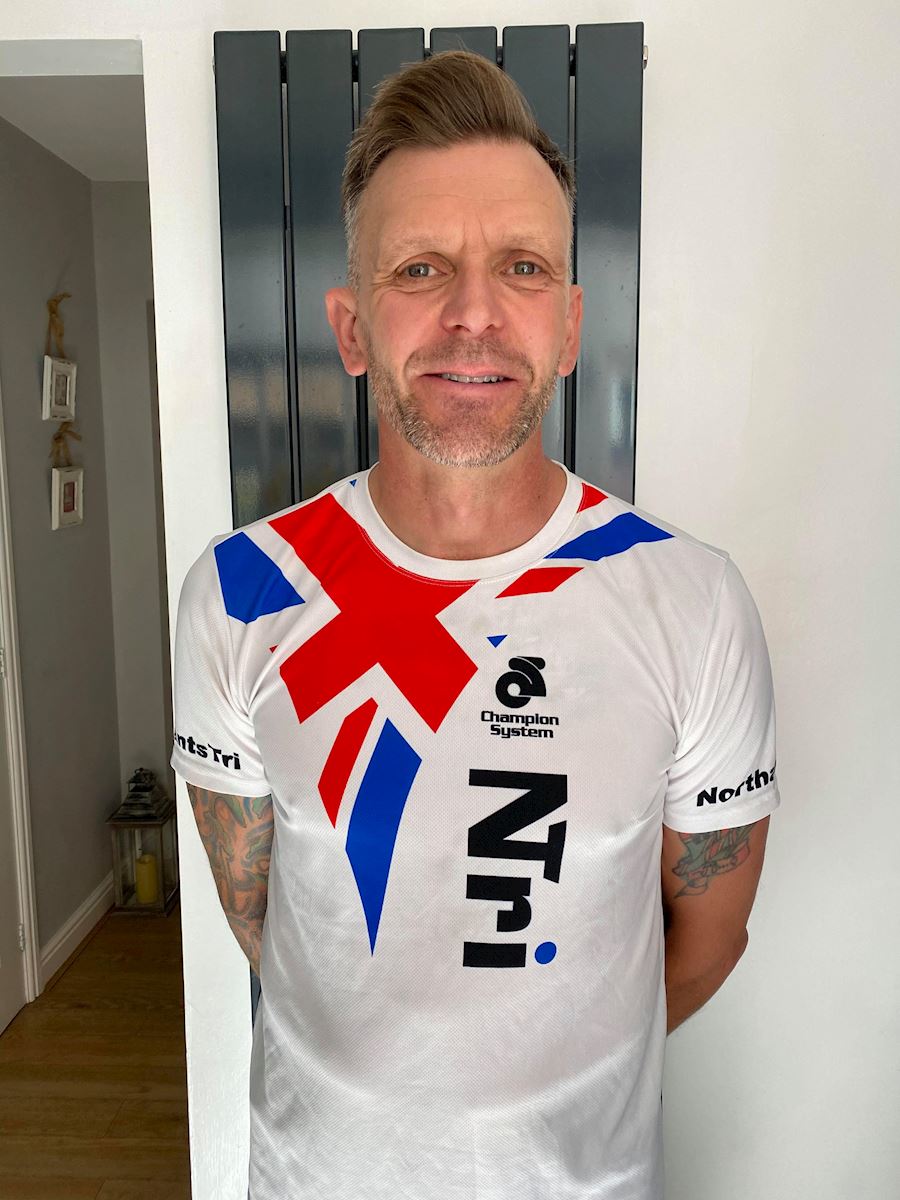 Jay joined ntri in 2011 having been a member of an athletics club for a number of years. Wanting a new challenge, he spent time going as fast as he could through all the distances.

"I’ve spent the last few years doing full distance triathlon. I gained my level 2 coaching qualification in 2017, and then started coaching the club track sessions.  As work pressures and being a grandad to four I decided to ease off racing for a while.

As head coach I would like to pass some of my experience on to club members and help them achieve their full potential and at the same time making it enjoyable
I’m there to support our brilliant coaching team. And help any members with any training questions/problems."