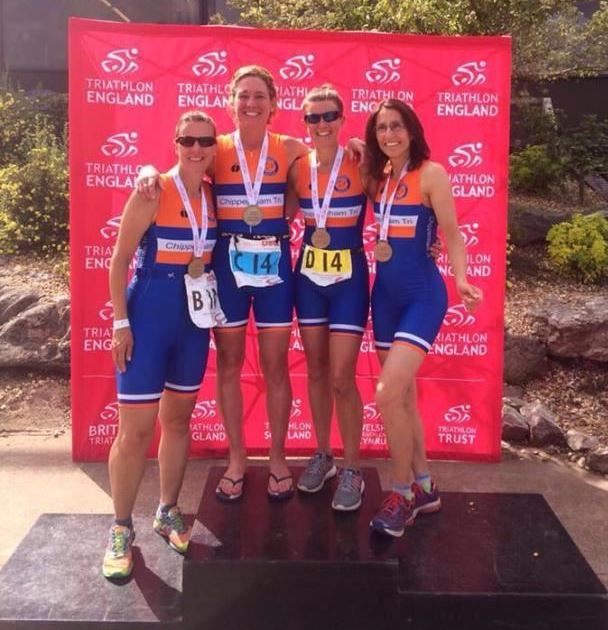 Chippenham Tri sent six teams to the National Triathlon Relays Championships in Nottingham at the weekend.

The club, which was founded in 2014, came home with three medals as they competed against clubs from the Army, universities and big cities.

More than 400 teams from 100 clubs from around the country took part.

Chippenham were crowned national champions in the F40 category as well as the M50 division, while they were second in the M40.

Chris Maxwell, who was in the M40 team, founded Chippenham Tri Club only three years ago.

The club now has more than 100 members, from beginners to GB athletes, training and competing together.

Maxwell was delighted with the club’s efforts and said: “I am so proud of how the club has grown. To be able to participate and win at a national event is a real achievement for us all and shows how supportive and inclusive the club is.”