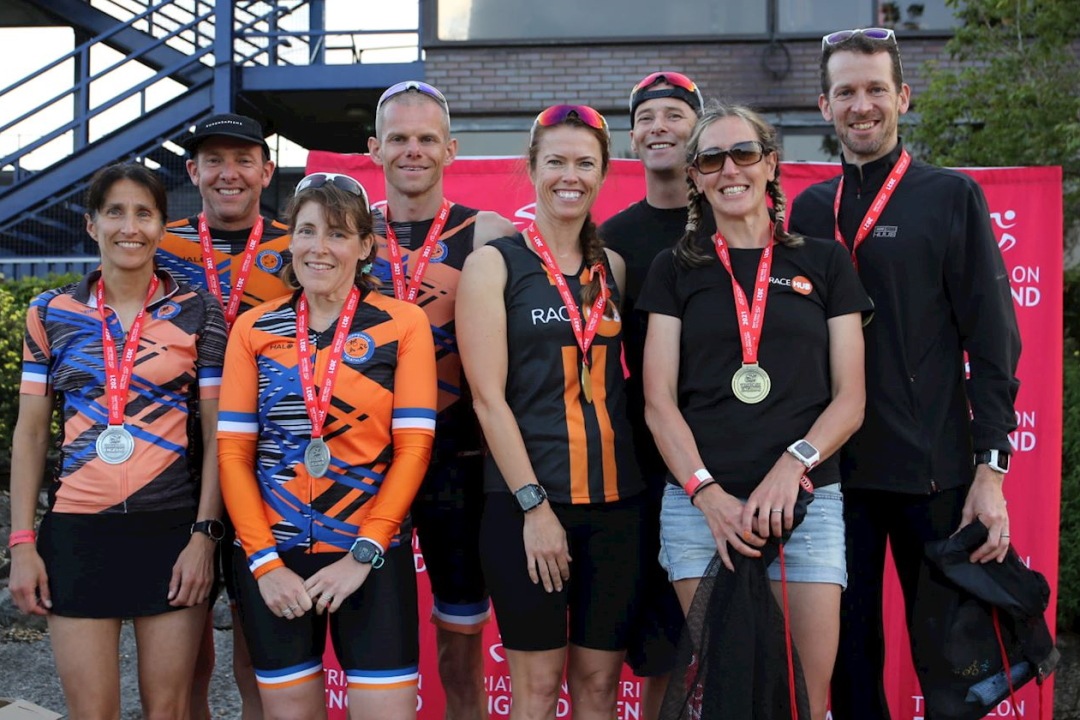 Consisting of a 500m swim, 15km bike and a 5km run, each team member completes their leg of the swim, before ‘tagging’ the next person to swim. The same format continues until all four members have completed the swim, before moving on to the bike and then the run. Finish times are taken when the fourth team member completes their 5km run, finishing in front of the grandstand.

The morning race saw the club’s BTF Male Vet 50+ team race and despite a bike crash and other injuries within the team they placed a respectable 4th in category.

Chippenham had two teams entered into the afternoon race. A non-BTF Mixed Open team placed 49th in category. However, in the same race the club’s BTF Mixed Vet 40+ team were consistently in the top 3 throughout the race. Finally managing a hugely successful 2nd overall in category and a ‘Silver’ National Championship medal.

Team members: Cordula Hurcum, Neil Perry, Victoria Castle and Chris Maxwell were delighted with the result and proud to represent their small club from the South-West.