Craven Energy has a team of dedicated club coaches delivering sessions for both adults and the junior section.  All coaches are BTF qualified and hold current Disclosing and Barring Service (DBS) Certificates.

Club members are encouraged to voice their interest in joining the coaching team, and can start as a mentored volunteer assistant where appropriate and able to assist.

We also encourage the Youths to undergo the Youth Activator course. 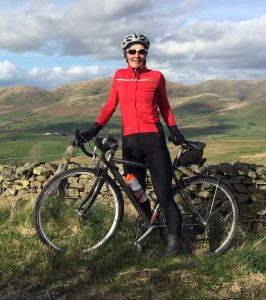 In 2002 I discovered a sport where I could compete as an adult with other women of my age and acquit myself better than I would in any of the three individual disciplines – TRIATHLON!

Fast forward to 2009, I had become a triathlon addict racing in all distances at home and abroad and undergone coach education. The only thing missing was a local, so with a small group of like minded friends we set up the Skipton based Craven Energy Triathlon and Multisport Club and the rest as they say is history!!

During my time with Craven Energy I have completed my Level 3 coaching qualification and been Head Coach setting up a variety of training sessions. In recent years my coaching emphasis has changed to the ongoing development of the Junior Section and I am proud to hold the position of Junior Section Lead Coach.

My coaching philosophy is to encourage and facilitate aspiring and active triathletes in meeting their goals whatever their age and ability and deliver training sessions that are enjoyable, stimulating and productive. My physiotherapy and yoga teacher background brings an added influence and perspective to my coaching. It is also important to me to be part of a coaching team where we can support and learn from each other.

I competed in my first triathlon in 2011 after watching a work colleague complete an Olympic distance race the year before for charity.

I wish back then I had a club like Craven Energy to lend a supportive ear and help improve my swim, instead I learnt the hard way, on my own, taking in a lot of water!. Still, I completed my first Olympic distance months later in a pretty decent time and haven’t looked back since. Subsequently I have completed numerous, sprint, Olympic distance, duathlon and aqualathon races and still enjoy every race like the first (albeit I don’t swallow quite as much water!).

I decided to start coaching in 2015 and have subsequently completed my level 1 and level 2 BTF coaching qualifications. I primarily coach junior track on a Tuesday night but have experience coaching all three disciplines plus transition training. 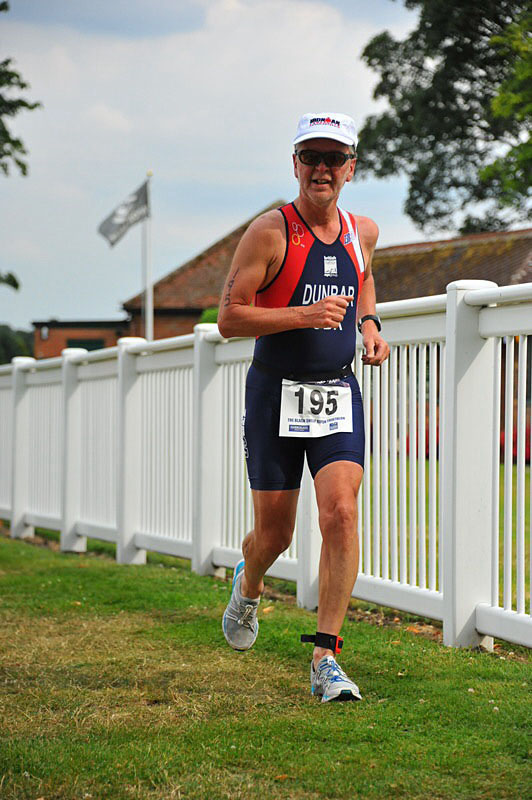 In a previous life I was a GP for 22 years. I then worked in musculoskeletal medicine for 13 years. My medical interests were chronic pain, back pain and sports injuries.

My sporting career began with running and orienteering, mainly on the fells. Running injuries led me into cycling and when my children joined the swimming club instead of watching from the side I got in the pool and joined them. Triathlon followed in the early 1990s.

As a runner, particularly on the fells, I found that my talents were not for short fast events and I gradually worked up to marathon and ultra events where I could plod all day at my own pace. So it became with triathlon. I have completed 4 Ironman events and many 70.3s.

When I retired from work I wanted to give something back to the sport I have loved for the last 25 years and so decided to become a coach. As a coach I have a particular interest in helping the more mature athlete improve their performance in triathlon. 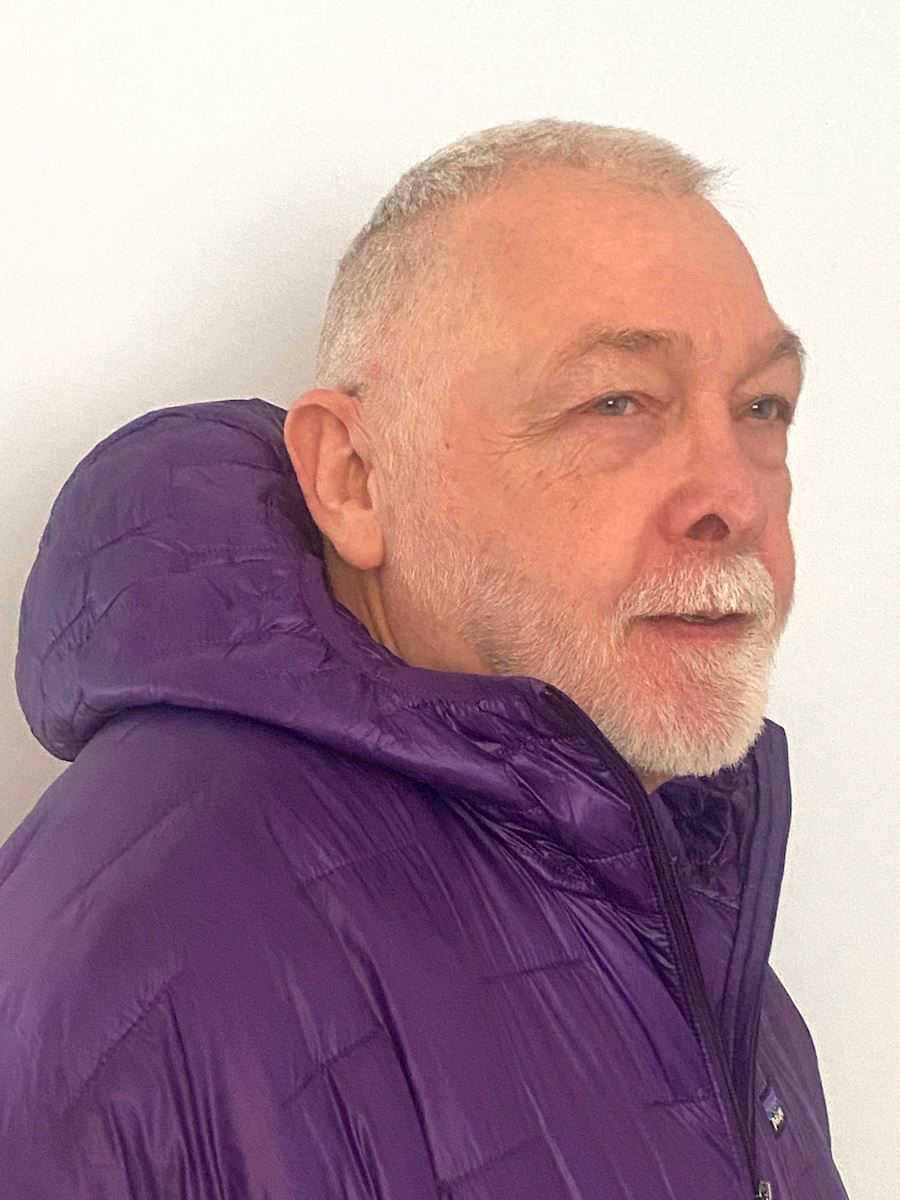 I undertook the BTF L1 coaching qualification so that I could better understand the coaching process as applied to triathletes. This developed to being one of the first coaches at the newly established Craven Energy multisport club.

Over the years my passion within coaching has been to support a sense of enjoyment for junior triathletes in their development and training. I mostly support L2 coaches in delivering fun as well as challenging training session for juniors, mostly with running and biking but occasionally I help support coaching activities in the pool and open water swimming.

It gives me great pleasure to see a smile on junior triathletes' faces when engaging in one of our coached sessions. Long may it continue. 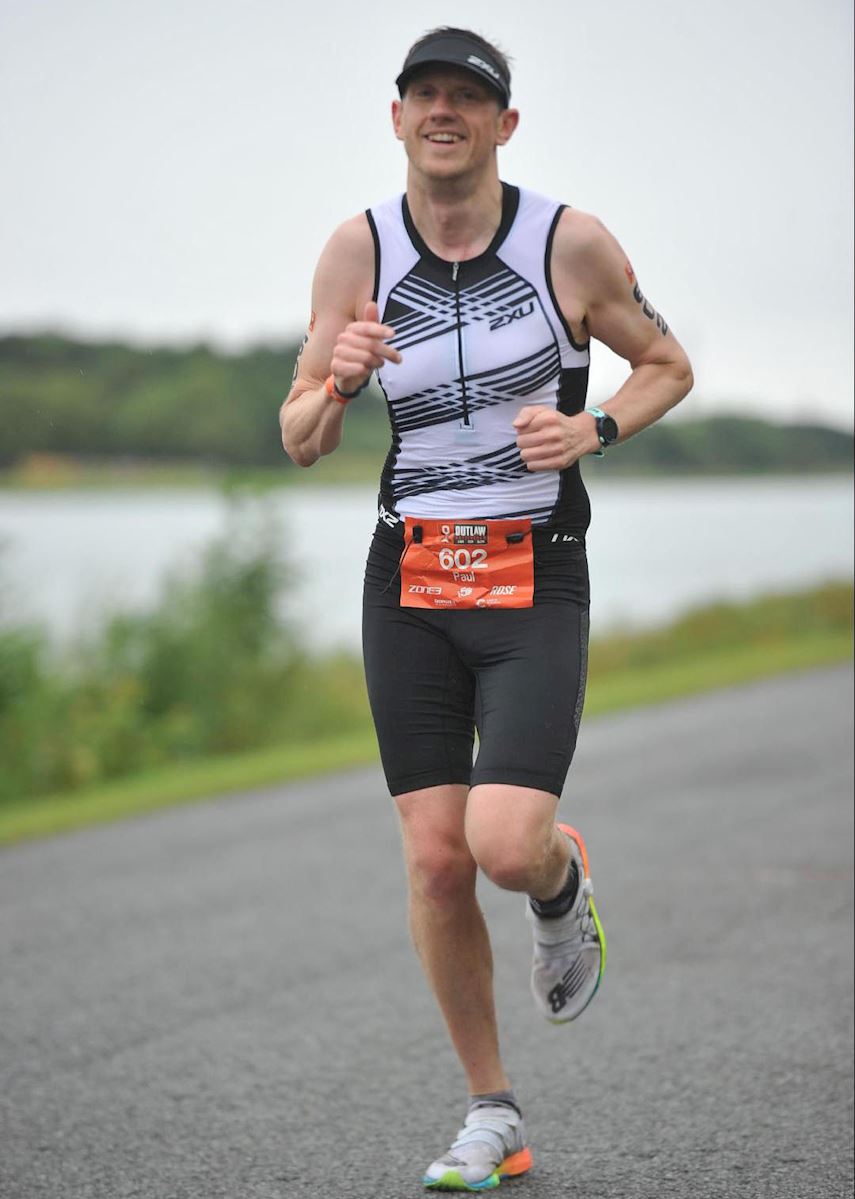 The sport gives me immense enjoyment and satisfaction, I love the training and learning all of the different technical skills and there is always something new to keep me interested. The people and camaraderie both at the Club and races have contributed to some of my best sporting experiences.

My progression into coaching was something I wanted to do to strengthen my connection with the sport and allow me to give something back to the Club, which has helped me so much. 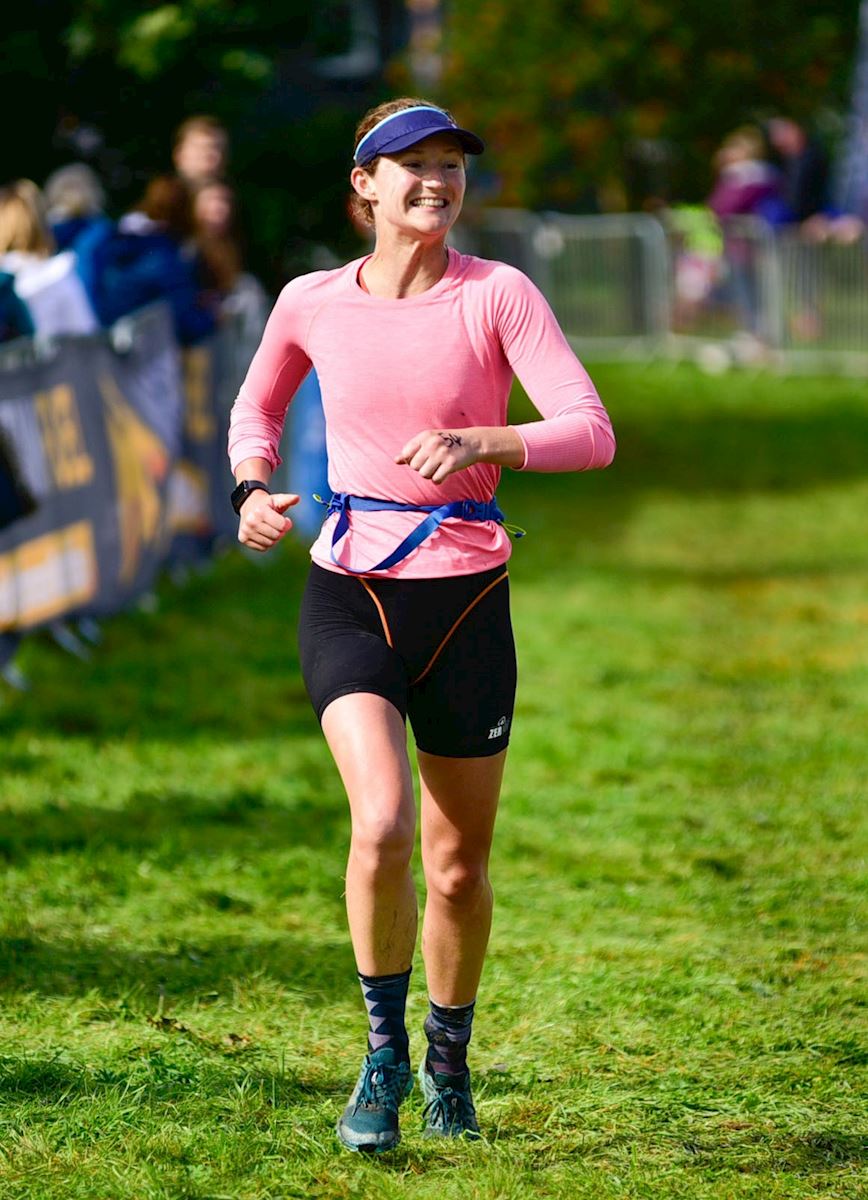 I began my sporting journey at a young age, taking part in every discipline possible, but quickly fell in love with swimming. I competed nationally and continued to train and compete whilst at University. When I started open water swimming along came the obsession with long distance swims.

My passion for cycling grew as living in South London at the time my bike was my preferred method of transport.

Running was the last thing to click into place, but I have since taken part in several half ironmans and marathons.

With a change in work and life circumstances, allowing me to base myself fully in Skipton, I'm looking forward to starting my triathlon coaching journey at Craven Energy and helping members to reach their goals.

I have great interest in all aspects of the sport but mostly look forward to working with young athletes and helping them improve and succeed. 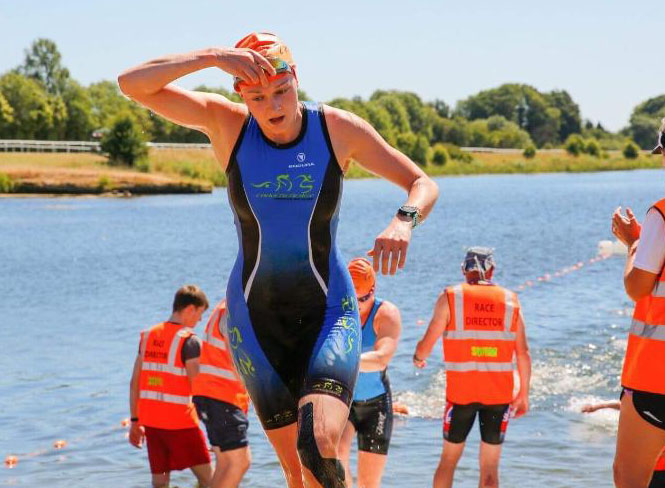 For as long as I can remember I have been involved in sport, from being a member of every school sport team you can imagine.

Having had coaches dedicate hundreds, if not thousands of hours to my development I came to appreciate that I had not only seen improvements in my sporting abilities but I had also learnt invaluable life skills such as responsibility, team work, mental resilience and organisation. I decided I wanted to try to be able to help others in the same way and spent over six years teaching both adults and children to ride horses.

In 2014 I was plunged into the world of triathlon and through the wonderful club members and coaches I caught the bug. Over the past six years I’ve become not just a participant but a competitor in the world of sprint distance events.

Supported by Craven Energy the natural next step for me was to combine my past coaching and more newly acquired triathlon experiences and become a triathlon coach, and here we are! 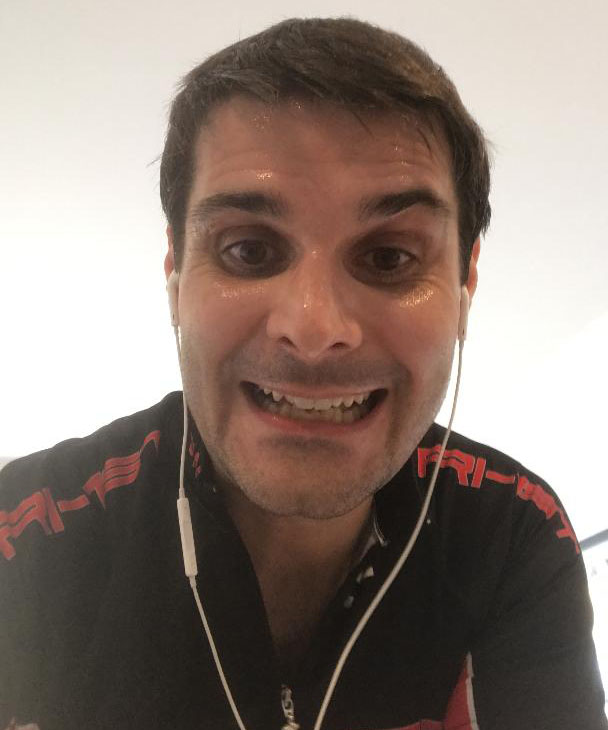 Having competed in Tri since 2004 I decided to take up the opportunity to coach in 2020.

I completed my first triathlon in April 2005 (Wombourne Sprint) and just over a year later thought an Ironman was a good idea completing Ironman Frankfurt in June 2006. I’ve always enjoyed the longer distances having completed 2 Ironman’s and 5 Half Ironmans’s including representing GB at the World Half Ironman Championships in Florida in 2007.

Now in my more mature years I am still training but minimal racing. I am hoping to put something back into the sport that has given me so much over the years (including meeting my wife) and support others in achieving their goals as people have done for me over the years.

Crazy busy mum of 3 teenagers, 2 huskies and trying to fit in training to do 2 Ironmen in 2021.

I first got the bug to do triathlons in 2019 and joined Craven Energy and not looked back!

I passed my Triathlon Coaching Course Level 1 in 2020 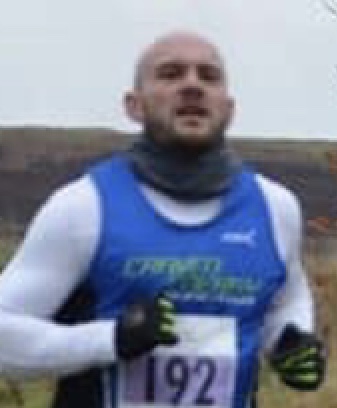 I qualified as a Level 1 Triathlon coach towards the end of 2020.

My Daughter Layla is a CE Junior member and keen triathlete (far better than me!) She essentially introduced me to the sport.

I've still much to achieve both personally in triathlon and as a coach. As many of the coaches will tell you, you never stop learning and I'm constantly researching to be the best version of me as an athlete and coach. I see myself as my own guinea pig where I'm putting the theories to the test in my own training.

I'm very keen to give as much back as I can and assist the excellent coaches at the club. I feel I can really help those new to the sport and to support the juniors with their development whether that is to keep fit or to achieve some further aspiration in the sport. I have a background in Strength and Conditioning which is a key "fourth discipline" to adding those marginal gains and prevention of injuries. 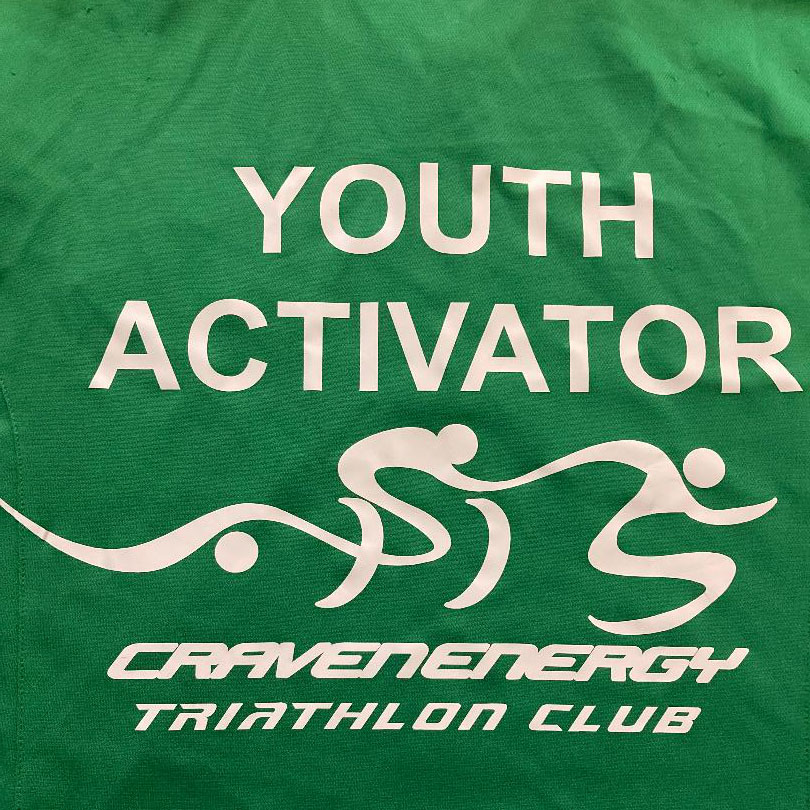 Craven Energy has four Youth members: Rachel Smithies, Tom Wylde, Hannah Jackson and Samuel Laycock, who have all taken part in British Triathlon ‘Tri-Activator’ volunteer training. They assist coaches in their sessions and provide positive role models for other junior members of the club