Each year we offer members the opportunity to run in the London marathon.

The place is provided to the club by England Athletics because of the number of members who affiliate to the national body.

The name is chosen by drawing of lots in December and the club pays the entry fee.

It’s a great prize and you can see previous club participants below.

We have a ceremonial handover of the club “baton” at the annual awards night in February. 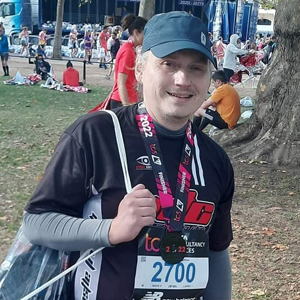 Sean Lindsay in 2020, after doing the "virtual" London marathon and in 2021 after the real thing 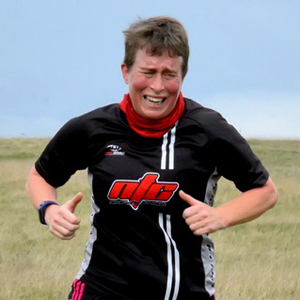 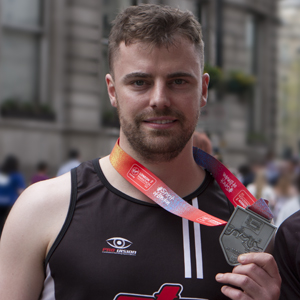 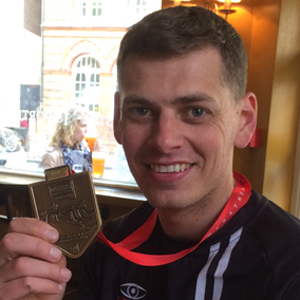 There are some rules to entering the ballot. This is to ensure fairness and that everyone gets an opportunity to take part.