Newcastle Tri Club’s championships are the annual competition for club members to compete against each other for the honour of being club champion – in both men’s and women’s categories.

The club championship places for junior members (aged seven to 16 inclusive) will be based on their positions in the West Midlands Triathlon Series. 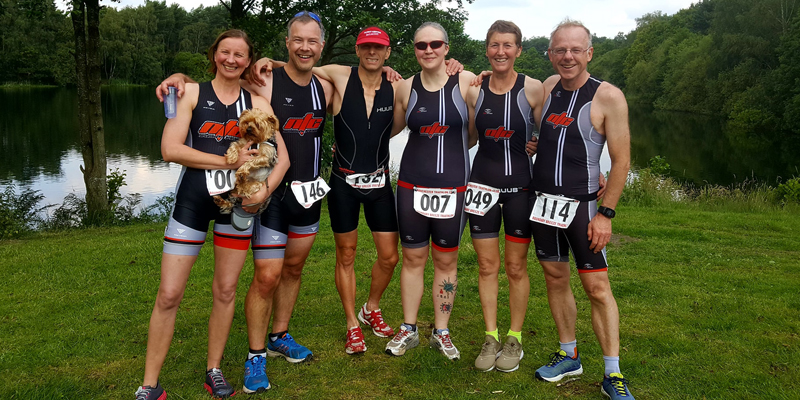 About the club championships

The club championship races are chosen to be relatively local and to provide a good mix of distances, terrain and open water or pool swimming. The Castle Series events are also included – because these events are particularly popular for children and families.

There will be 1st, 2nd and 3rd placings for both men and women.

Members must compete in at least three races, one of which must be a triathlon, in order to be included in the league. Their best three results count towards their final score. Scores are calculated as a percentage of the winner’s time in your age group, with the overall highest percentage the winner.

See our gallery of winners from the 2019 club championships.

1. All participants must be members of NTC
2. Participants must enter as NTC and be listed as NTC in the race results. Please compete in club kit or use neutral kit if you don’t have club kit. Competing in the name of another club will mean your result will not count for the club championships.
3. You can enter as many races as you like, but at least one must be a triathlon. Your best three results will count. In the event of a tie, your 4th result will count.
4. Scores will be calculated by dividing the age group winner’s time by your time to produce an age graded %. The highest average % score at the end of the year will win. (This also deals with age changes throughout the year if competing in different age groups)